4 Ways Cities Are Cooling Their Temperatures Amidst Climate Change 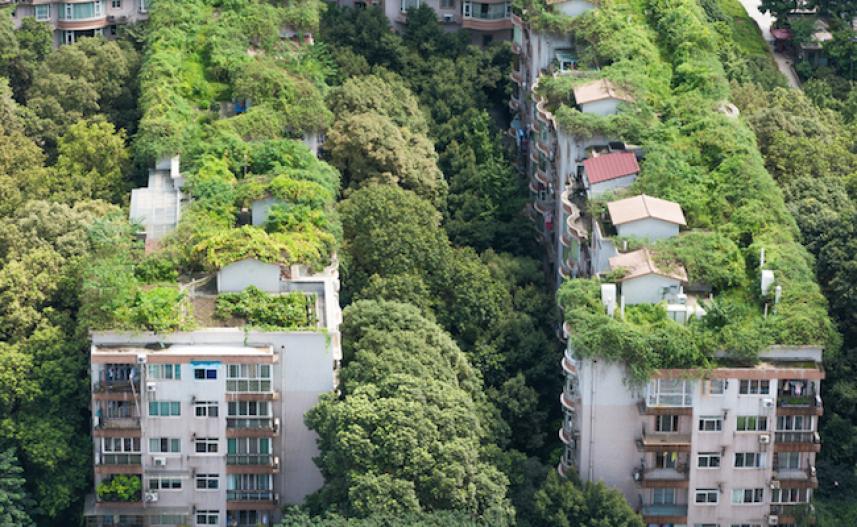 With global warming on the rise, cities are in dire need of innovative ways to keep the temperature down. It’s not just that cities have more people – but their layouts also cause hotter local temperatures than in rural areas, since there is more pavement to absorb sunlight. Therefore, any little tricks cities can implement to knock a few degrees off the thermometers – particularly during the summer – are welcome. Here are a few of the current techniques:

Some cities are fighting rising temperatures by giving their streets a fresh coat of paint. In Los Angeles, for example, municipal crews have begun to paint some of the roads white – a stark difference from the usual black asphalt city-dwellers are used to encountering.

When it comes to cooling the surface temperature, the less black, the better. More likely than not, you’re already familiar with this principle – you know that wearing a black shirt on a hot day absorbs the heat, whereas a white shirt reflects the light.

The roads may not look “traditional,” but that’s a small price to pay for a tactic that can make the streets feel as much as 10 degrees cooler on a hot summer afternoon.

While a lot of focus on rooftop climate change measures is on solar panels, there’s another method that’s even greener – at least in the literal sense. Roofs covered in plants aren’t just aesthetically attractive – they also help to insulate buildings, slashing energy costs (both heating and air conditioning) by around 25 percent.

Beyond that, adding plants to roofs cuts down on water runoff during rainstorms, helps to fight air pollution, and even creates new habitats for birds that have been pushed out by urban development.

It’s no wonder that France has made rooftop plant-scaping mandatory for all new commercial buildings moving forward. It just makes sense to keep building tops good and green for the sake of temperature control.

In a place like Abu Dhabi where the temperature regularly tops 100˚F in the summer months, deliberately designing neighborhoods with temperature control in mind is a much-appreciated perk.

Though most of the buildings in this area are green in various ways, the main attraction in Abu Dhabi’s Masdar City is its massive wind tower. This empty cylinder naturally generates convection current from the hot air rising, keeping the temperature on the ground cooler than it would be otherwise.

Even better, with a flip of a lever, the tower can also work in the opposite direction. On days where winds are fiercer, it can suck the wind down and send it flowing right into the streets, which have been specifically designed to benefit from this cooling power. The result is the city feeling as much as 5°C cooler.

In some manners getting rid of cars is an obvious move to tackle climate change, but is it a practical one? Surprisingly, the answer is yes for some cities. A number of major international cities, including Oslo, Athens and Madrid, have a short timetable for banning cars from their city centers either entirely or just the diesel ones.

The reason that this plan is feasible is that these cities have invested heavily in public transportation in these sections and even redesigned areas to have ample bike lanes where roads used to exist.

Believe it or not, eliminating cars does help cool the city in addition to fighting pollution. Because burning diesel fuel generates heat, it raises the general temperature of the city. One study found that replacing every diesel-based car in Beijing with an electric one would result in the city being 2°F cooler in the summer.