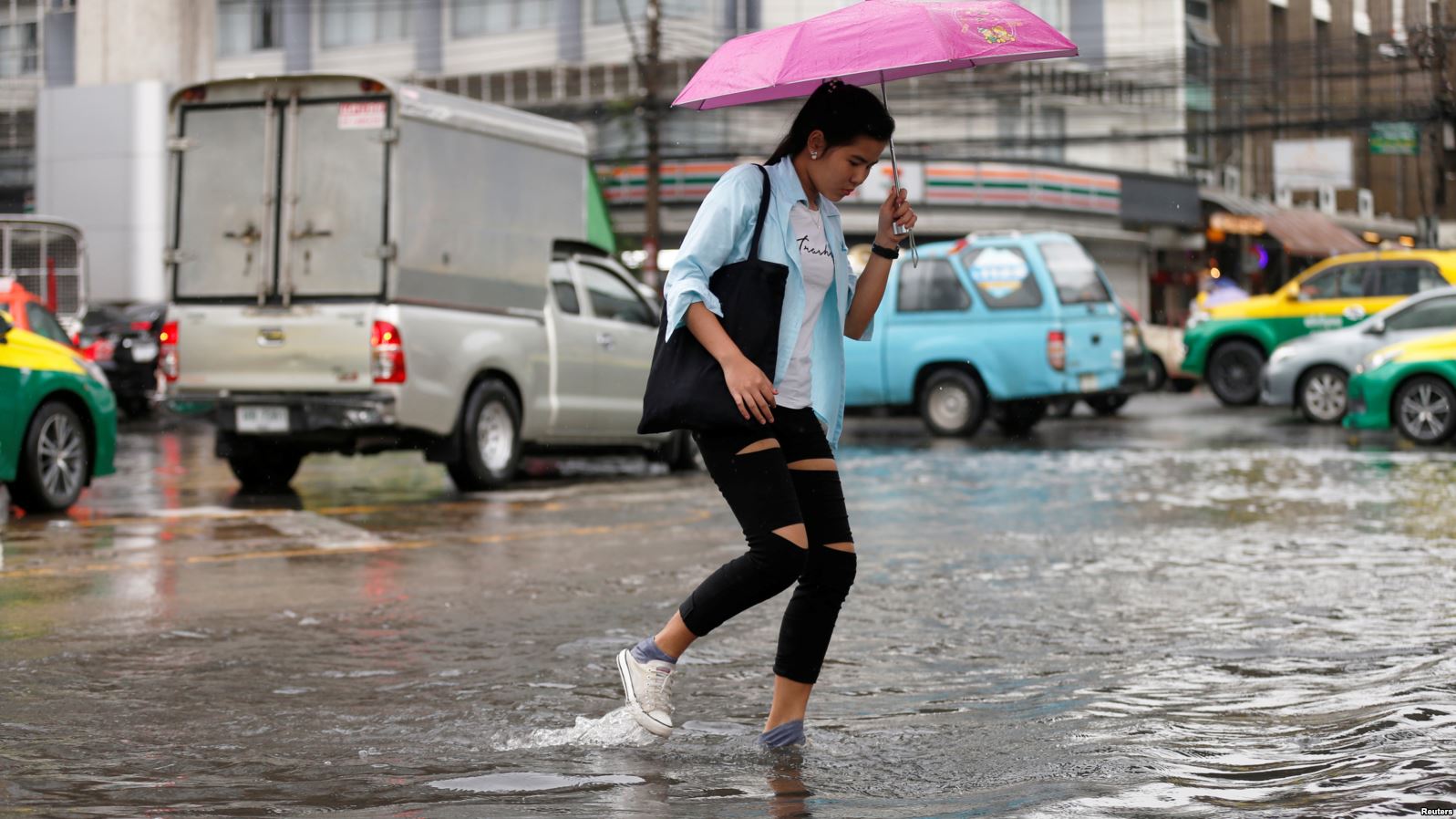 When Bangkok's oldest university called for ideas for a symbol to mark its centenary year, landscape architect Kotchakorn Voraakhom successfully pitched a design for a park.

It was intended not only as a welcome green space in the middle of the congested city of about 10 million people, but as a place that could also retain large amounts of water, reducing monsoon flooding around Chulalongkorn University.

"We need to be thinking about everything we build in the context of mitigating climate-change impact. It can't be just about aesthetics, but also about serving a purpose," she said.

"This was Bangkok's first park in many years, so we had to make it count," she told the Thomson Reuters Foundation.

Bangkok, built on the floodplains of the Chao Phraya River, is expected to be one of the urban areas hit hardest by warming temperatures.

Flooding in many parts of the city is common during the annual monsoon. The rains in 2011 brought the worst floods in decades, putting a fifth of the city under water.

"With so much construction and fewer canals, there is nowhere for the water to go," said Kotchakorn, who heads Bangkok-based landscape architecture firm Landprocess.

"But instead of building embankments along the river or thinking of ways to get rid of the water, we should be thinking about how to live with the water - how to manage the water."

Nearly 40 percent of Bangkok may be inundated each year as soon as 2030 due to more extreme rainfall, according to the World Bank.

The city, once a network of canals that earned it the moniker "Venice of the East,” has filled in many of those water channels for construction, and is sinking by more than 1 centimeter (0.4 inches) each year, according to climate experts.

From Mumbai to Manila, unchecked sprawl has led to increased and deadly urban flooding.

A plan to build a promenade along the Chao Phraya River will worsen floods in Bangkok, environmentalists warn.

The Thai capital also has one of the lowest ratios of green space: just 3.3 square meters (35.5 sq ft) per person, compared to New York City's 23.1 sq m and Singapore's 66, according to the Siemens Green City Index.

A "metro forest" project in a Bangkok suburb has converted two acres (0.8 hectares) of abandoned land into a local forest with native trees, to make a start on reversing urban sprawl.

The city's 11-acre Chulalongkorn Centenary Park designed by Kotchakorn is inclined at a three-degree angle, so that rain and floodwater flow to its lowest point, into a retention pond.

At the park's highest end, a museum is topped by a green roof covered with native plants, which filter rainwater before it is stored in large tanks underground.

Rainwater also flows through the park's lawn and wetlands where native vegetation filters the water, while its walkways are made of porous concrete.

The park can hold up to 1 million gallons of water that can be discharged later or used in the dry season, much like a monkey holds food in its cheeks until it needs to eat, said Kotchakorn, echoing an idea of Thailand's revered late King Bhumibol Adulyadej to contain flooding in the city.

"No water that falls into the park is wasted," said Kotchakorn, who is also creating a 36-acre park and green roof for Bangkok's Thammasat University.

City officials, meanwhile, are building flood barriers and underground tunnels that can carry rainwater faster to the river.

But while infrastructure upgrades are an essential part of tackling urban flood risk, "softer" measures are also crucial, said Diane Archer, a research fellow at the Stockholm Environment Institute in Bangkok.

A key part of that is working with local people so that they can learn to take action themselves, she said.

"This includes highlighting the important role that green roofs and permeability of driveways and yards can play in reducing surface (water) runoff, with added benefits in reducing urban heat island effects," she said.