During the summer of 2019-20 Australia was burning with devestation to the natural environment; wildlife species & habitat; air & water quality; increases in UHI effects; communities and the economy. Australia is a “land of climate extremes”. This is especially true for our cities, which have become hubs of extreme summer temperatures. This past summer was the second-hottest on record for Australia, following the 2018-19 record, with average maximum temperatures more than 2°C above the long-term average. 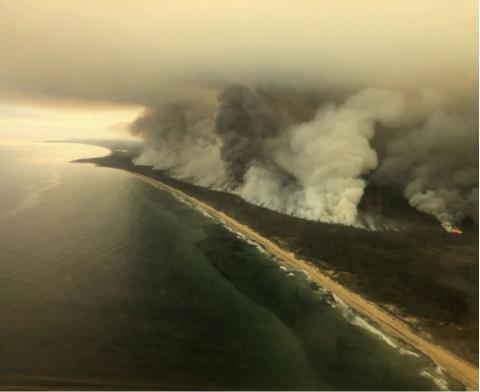 Frequent and long heatwaves are having serious impacts on energy consumption, public health, labour productivity and the economy. Evidence from Australia’s major cities shows average temperatures are 2-10°C higher in highly urbanised areas than in their rural surroundings.
Water temperatures of estuaries, lakes and rivers have risen by 2 degrees since 2010 which is impacting on marine environments.

Governments and policymakers can use a variety of cooling strategies combined with community engagement, education and adaptation measures to cool Australian cities. 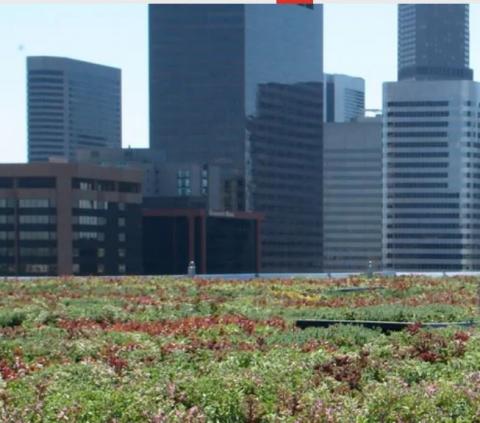 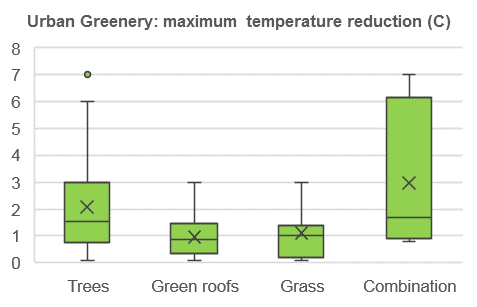 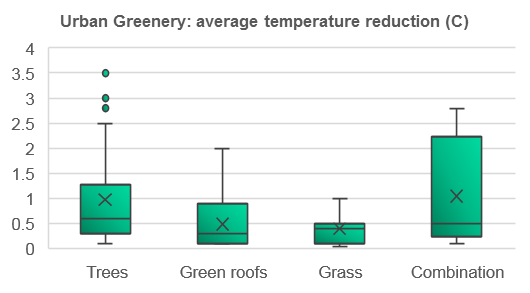 We can increase street tree canopy cover by planting more shade trees on footpaths, lanes and street medians. Where there is little space for parks and street trees, green roofs and walls may be viable options.

The use of water as a way to cool cities has been known for thousands of years. Water-based landscapes such as rivers, lakes, wetlands and bioswales can reduce urban ambient temperatures by 1-2°C. This is a result of water heat retention and evaporative cooling.

In addition to natural water bodies, various other water-based technologies are now available for both decorative and climatic reasons. Examples include passive water systems, like ponds, pools and fountains, and active or hybrid systems, such as evaporative wind towers and sprinklers. Active and passive systems can decrease ambient temperatures by 3-8°C, as the charts below show. 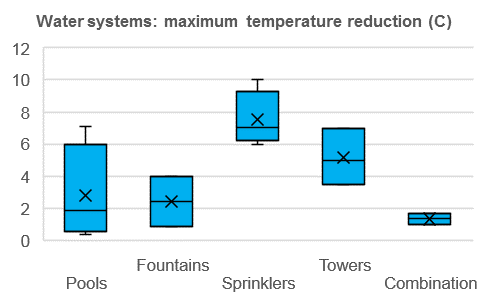 Maximum (above) and average (below) temperature reduction potential of different active and passive water systems. 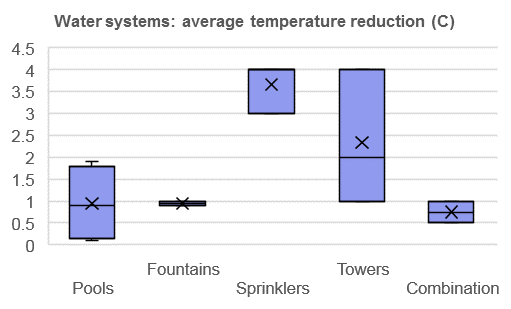 Building materials are major contributors to the urban heat island effect. The use of cool materials on roofs, streets and pavements is an important cooling strategy. A cool surface material has low heat conductivity, low heat capacity, high solar reflectance and high permeability.

Evidence suggests that using cool materials for roofs and facades can reduce indoor temperature by 2-5°C, improve indoor comfort and cut energy use. 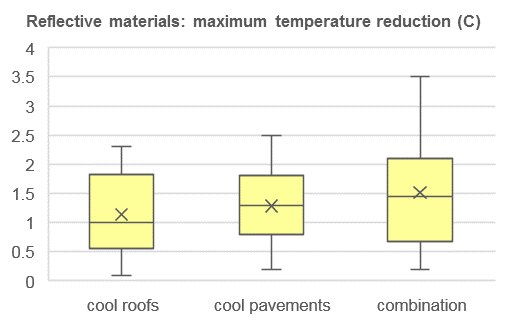 Maximum (above) and average (below) temperature reduction potential of different cool surfaces. 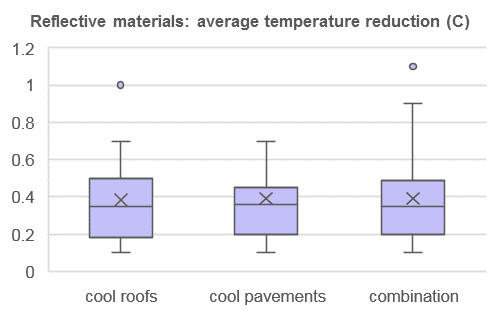 Performance analysis of various projects in Australia suggests the cooling potential of the combined use of the different strategies discussed above is much higher than the sum of the contributions of each individual technology, as the charts below show. The average maximum temperature reduction with just one technology is close to 1.5°C. When two or more technologies are used together the reduction exceeds 2.5°C. 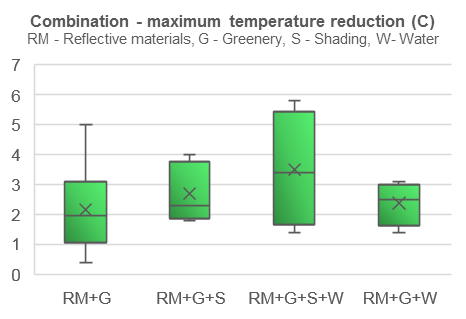 Maximum (above) and average (below) temperature reduction potential for a combination of technologies. 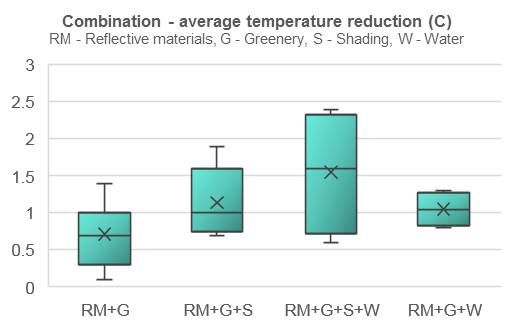 The chart below shows the peak temperature reduction for all cooling strategies.

People are significant contributors to urban heat through their use of air conditioning. The waste heat from air conditioners heats up surrounding outdoor spaces.

Projections show cooling demand in Australian cities may increase by up to 275% by 2050. Such a trend will have a great impact on urban climate, as well as increasing electricity use. If this is powered by fossil fuels, it will add billions of tons of carbon pollution.

Local governments can prepare for and respond to heat events through emergency response plans. However, emergency responses alone cannot address other challenges of urban heat, including human vulnerability, energy disruptions and the economic costs of lower workplace productivity and infrastructure failures.

Long-term cooling strategies are needed to keep city residents, buildings and communities cool and save energy, health and economic costs.