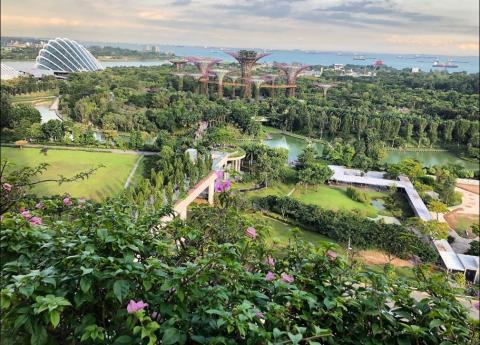 Currently, developed cities across the world account for about 71 to 76 percent of global carbon emissions. This does not come as a surprise; from the concrete used in buildings to factories and cars, cities are a carbon cesspool. According to the United Nations, by 2050, 68 percent of the world’s population will be living in urban areas. Now, short of a worldwide reduction in population, the prospects of changing this are slim.

In some sort of karmic coincidence though; these cities according to the United Nations, are probably to be the worst hit in the coming climate crisis. This means that any progress to be made in the reduction of carbon emissions would have to be focused primarily on the developed cities. Thus, the challenge is twofold; we are charged to build cities that will emit less carbon and withstand the impacts of the climate crises.

In response to this charge, governments, companies, and startups scattered across the globe have earnestly begun to design cities which are more sustainable and at the same time, climate-change proof. Below are a few impressive examples of urban design developments.

1. Technology-driven ecosystems of the future

These are cities designed to be completely self-sustaining, which is why I label them ecosystems. In most cases, they are being built completely from scratch with an intention that they be completely carbon neutral or carbon negative.

The most prominent of these cities so far is the Masdar City in Abu Dhabi, in the United Arab Emirates. The city was designed to have no pollution whatsoever because when completed, its energy would be solely generated from wind, hydrogen and select solar-photovoltaic sources. The city will rely on underground transport pods for transportation. Even the waste water will be treated and recycled into irrigation systems. While the city has not been a runaway success commercially, it has provided a blueprint on how to develop sustainable cities.

The more successful South Korean city of Songdo may not have been entirely designed as a green city, but it is definitely a smart and sustainable one. The city was built on an urban plan goal to reduce cars through the use of transit bus stops fitted 12 minutes from everywhere else. Also, 40 percent of the city is made of greenery and fifteen miles of bike lanes crisscross the city.  The city already boasts of over 100 LEED certified buildings and is aiming for LEED Certification at a neighbourhood scale.

2. The ‘back to nature’ cities

In its natural state, the earth is probably the most sustainable and circular city that can be created. Much of this is the way mankind existed for long periods of time. Houses were built with sustainable materials, and carbon emissions was held at bay.

Gardens by the Bay, Singapore. Photo by Sergio Sala via Unsplash.

So to prepare for the future, some designers and urban planners are looking to the past. Cities that reference the nature’s self-sustaining system mimic the state of the natural environment in their development. In England, the Sherford City Project is a noteworthy example. The developers relay that building materials are being sourced within a 50-80 mile radius of the city. The city also boasts of other features such as new wildlife corridors and kilometres of hedgerows transplanted to save seed banks. The majority of buildings when completed will have solar power systems, and vegetation will cover the roofs of commercial buildings.

In Sweden, the city of Malmo uses an aquifer storage system to collect rainwater that’s pumped using energy from the turbine to eventually heat homes in the winter and cool homes during the summer. Vegetated roofs and walls are being made part of mandatory building codes, another promising sustainable urban development that cities around the world can learn from and implement.

While new sustainable cities spring up across the world, other cities have taken the challenge by redesigning their existing cities. From energy to transportation, these redesigns and upgrades are all geared towards making the transition into more sustainable environments.

In transportation, cities are designing infrastructure to encourage the use of bicycles. One shining example is the Danish capital Copenhagen, the world’s most bike-friendly city. The city is building four bicycle bridges and an additional one hundred and four miles of new regional cycle highways. The efforts are paying off; 62 percent of trips to work or school are taken by bike. Copenhageners cycle 894,000 miles every day. In Amsterdam, the city has an ambitious new plan for 2022 that focuses on improving bicycle parking and existing bicycle infrastructure. 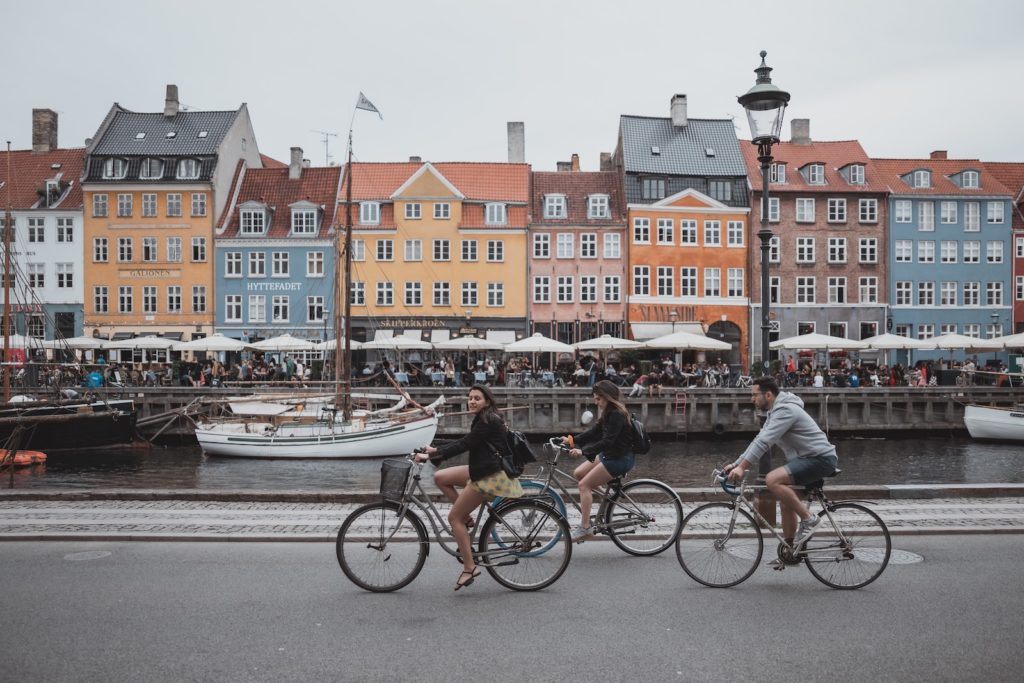 Photo by Febiyan via Unsplash.

But by far the most popular form of upgrades has been the addition of green areas and structures across cities. In London, The Edible Bus Stop is tackling the city’s pollution with playful ideas like creating an Edible Bus Route where herbs and edible flowers are planted in and around the bus terminus. In Paris, there are plans to build a 54-metre high vertical ‘forest’ planted with trees, shrubs, and flowers. And Milan is planting three million trees to greenify its city.

The US food start-up Aero Farms is pioneering vertical farming solutions. The company is proposing to build a 78,000 square foot vertical farm that would grow 12-stories of leafy goods, from kale to bok choy. Powered by hydroponic and areoponic systems, the farms will be designed to release calculated amounts of nutrients and water into the soil.

An even more audacious proposal is by the startup Plenty. The company wants to build a giant indoor farm next to every major city in the world. The produce would be organic, and eliminate nutrient loss occasioned by the long distances travelled by food products and the carbon emissions associated with it.

Since Roman times, waste management has always been a major challenge for urban cities. We are currently on track to produce more waste than at any other time in history, a major component of the design of any sustainable city of the future is a cutting-edge waste management system.

In Shenzhen, the Chinese government is building a ‘waste-to-energy’ facility; a process which captures heat from incinerating unwanted materials which drives a turbine to generate electricity. Upon completion, the facility will process up to 5,000 tonnes of waste daily, about one third of the waste generated by the city each day. The facility will be powered by 40,000 solar panels situated on the roof of the building and will also be open to the public for tours and excursions to provide consciousness about consumption and waste.

In the Indonesian city of Sodong, the city has a pneumatic waste disposal system that uses pipes to suck trash from individual homes into processing centers that automatically sort the material and recycle it. In the future, the city plans to turn that all that waste into renewable energy.

This is not an exhaustive list of future designs as it relates to sustainable cities. This list is as they say, is only “the tip of the iceberg” because a lot more is being done to save our planet. The aim of this short and impressive list, however, is to showcase what governments and municipalities are doing around the world to help their cities adapt to the threat of climate change and transition to a more sustainable future.