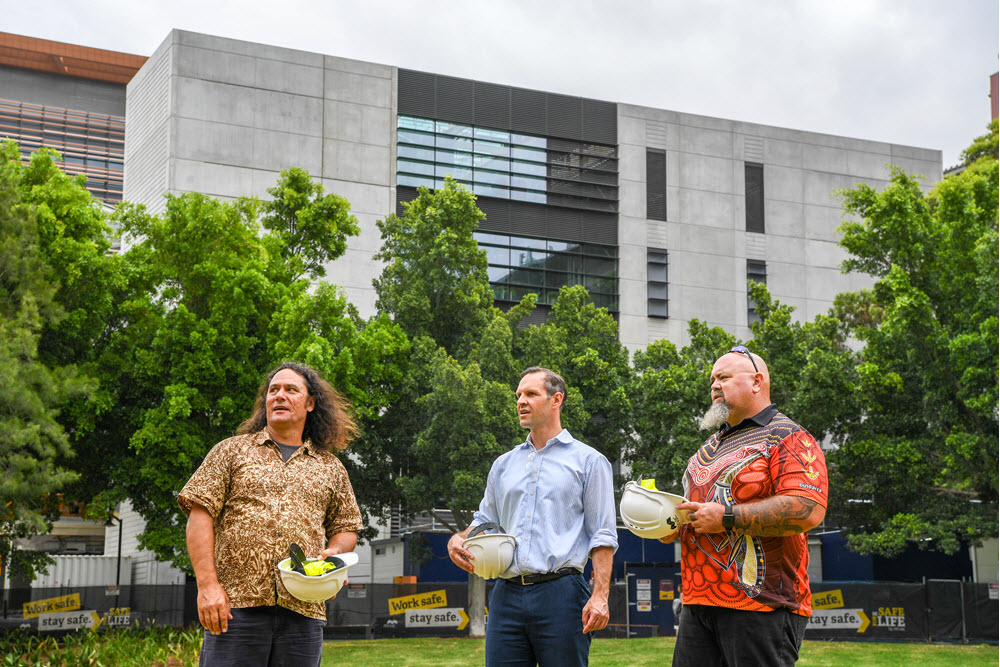 Australia is to have its first indigenous rooftop farm – and it’s to be at one of the first sites in the nation where Aboriginal workers were given equality in the workplace.

The farm, to be developed on the roof of a building at the Australian Technology Park, in Sydney’s Redfern, will grow native and medicinal plants and bush food both for sale as a commercial enterprise and to teach people about Indigenous culture.

“We’re hoping this will become the prototype for future projects across the country,” said one of its creators, Clarence Stockee, a well-known environment and culture educator, and regular presenter on ABC TV’s Gardening Australia.

“We’re very excited to be trialling this concept and we can see a lot of potential for Indigenous rooftop farms elsewhere in Australia.”

The scheme was the brainchild of Mr Stockee, his business partner Christian Hampson, and developer Mirvac, which has been redeveloping the ATP precinct since 2016.

It’s been transforming the old Eveleigh Railway Workshops, once one of the foremost railway workshops in the world, and the biggest in Australia, with new office and retail buildings, community spaces and landscaping, while conserving the location’s rich heritage.

Mirvac had been planning a regular rooftop garden for the 500-square-metre area on top of one of its buildings, but then began talking to the Aboriginal pair about the cultural park they were designing for the ground area outside. When the idea of an indigenous farm for the rooftop was raised, Mirvac felt it was the perfect solution.

“We were redeveloping the locomotive workshop, built in 1887 and one of the first places where Aboriginal people had equality in working rights, and we wanted to do heritage in a different, and more interesting, way.

“This is now a great opportunity to make a real contribution. The guys want to educate people about Indigenous horticulture and garden design and, by also managing the 4.6 hectares of public domain we have at the site, they’ll be able to train and employ local Indigenous people too.”

The rooftop farm, with about 1500 plants being cultivated, is being designed as a showcase of Aboriginal permaculture methods and Indigenous knowledge of the natural world, with regular workshops, classes and talks for all-comers. Mr Stockee and Mr Hampson, who run their own company Yerrabingin – a word that translates as ‘We walk together’ – both have a huge amount of experience in heritage and culture.

Mr Stockee is a Mindjingbal-Bundjalug man who has worked for many years as the education co-ordinator in Aboriginal programs with Sydney Botanical Gardens, and more recently managing cultural tourism at the Barangaroo Parklands.

Mr Hampson is a Woiwurrung and Maneroo man with an extensive background in cultural heritage management, organising heritage programs for the public sector for more than 20 years.

The farm will aim to be self-funded through the running of workshops and the sale of plant species and bushtucker. Produce will include saltbush – one of chef Kylie Kwong’s favourite dumpling fillers – native mint, finger limes, warrigal greens, wild rosella, midjinberries, muntries and native elderberries.

On completion in April 2019, it will also run educational programs from the rooftop garden, and share cultural, environmental and health knowledge with other gardens, groups, local communities and visitors.

Internationally acclaimed consulting chef and bush food entrepreneur Andrew Fielke, a pioneer in using Australian native ingredients with his brand Tuckeroo, said it was a big step forward to have Indigenous educators introducing people to bush food in this way. “I love and respect traditional owners and it’s wonderful that they’re involved in bold initiatives like this,” he said.

“The more Indigenous involvement in this emerging industry of bush food, the better. It’s such an exciting step.” 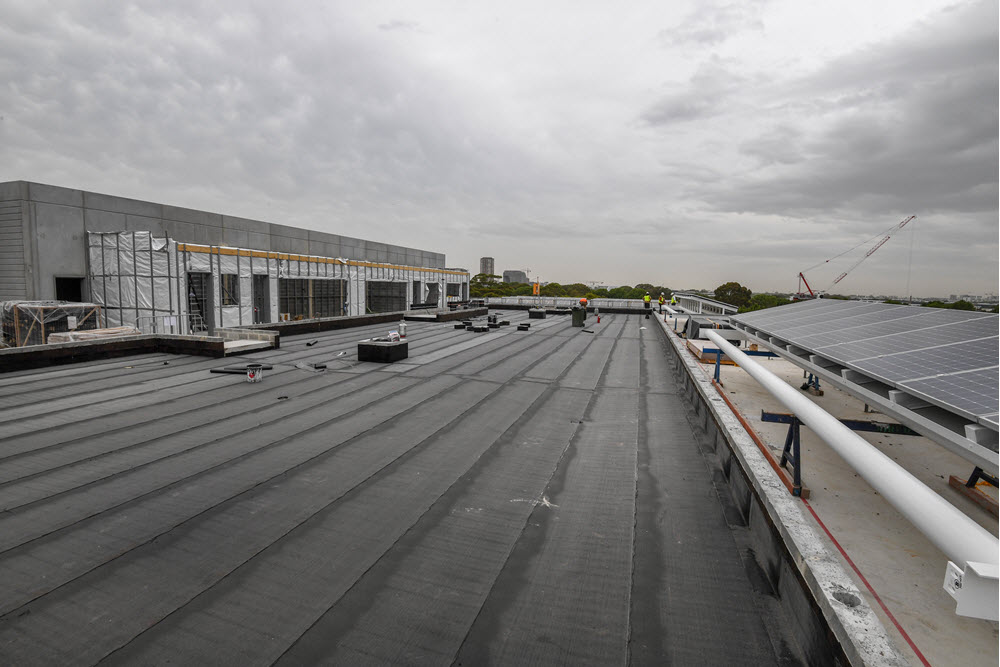 Meanwhile Mr Stockee, who’s also working with Mr Hampson on the South Eveleigh Aboriginal Cultural Landscape Garden for the site, is planning a complete eco-system on his rooftop, with native bees up there for pollination and native indigo as a nitrogen-fixer.

“For rooftops, I think often native plants are ideal as they can be very hardy in places that are very sunny and dry,” he said.

“And it’s wonderful that it’s happening in South Eveleigh around this industrial heritage where so many Aboriginal people worked and is so well known as a place where workers found a collective voice.

“It’s good to see the landscape will now also incorporate elements of the oldest living culture and the oldest tried-and-true methodologies around caring for the environment.”

Picture: Top, Clarence Slockee, left, Christian Hampson and Mirvac developer William Walker, centre, on the roof where the garden will be built. Cenre, the empty rooftop where the garden is being constructed. Photos by Peter Rae