Biophilic design key to making Singapore a city in a garden 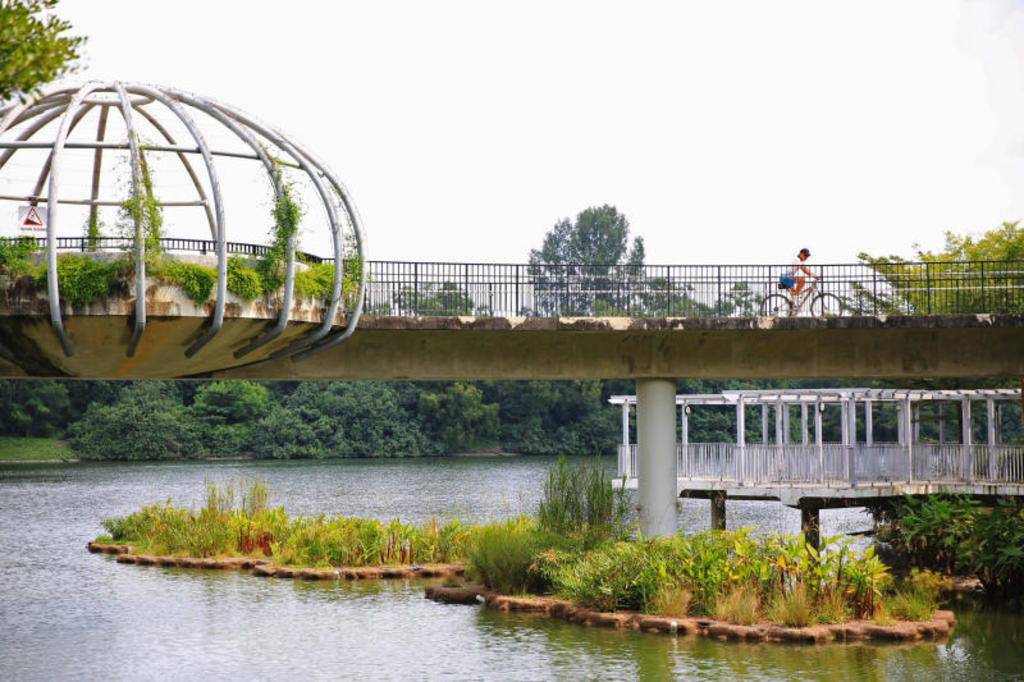 Having long been known as the Garden City, Singapore has now set its sights on becoming a City in a Garden.

Used to the abundance of plants and trees well integrated into our parks, roads, waterways and even our buildings, when visiting places overseas, many Singaporeans often find it uncomfortable when they are surrounded by the concrete jungle with little green in sight.

Hence, the concept of biophilic design – which seeks to connect or integrate natural elements and living things such as vegetation, flowing water, and sunlight with the built environment - would certainly resonate with many Singaporeans.

But the benefits of biophilic design go beyond aesthetics and it is useful for us to understand how we can promote its wider adoption here.

American biologist Edward O. Wilson first popularised the term “biophilia” in 1984, referring to the idea that humans have an innate attraction to nature and living things.

Singapore has a long history of imbuing our city with nature.

In recent years, specific greening initiatives such as the Urban Redevelopment Authority’s Landscaping for Urban Spaces and High-Rises (Lush) 2.0 Programme and the National Parks’ Skyrise Greenery scheme have helped to intensify the integration of greenery with our high density developments.

Biophilic elements may be seen in many of the iconic buildings that make up Singapore’s beautiful skyline.

You may already have noticed that the sophisticated roof of Changi Airport’s Terminal 3, with its light reflective panels and skylights, is designed to evoke an image of a rainforest’s canopy.

Or consider Khoo Teck Puat Hospital, in which the building blocks overlook a central garden and the neighbouring pond and park. At upper levels, balconies are decorated with scented plants; and walls are adorned with cascading greens, creating the impression that the whole hospital is enmeshed in nature.

Many other aspects of biophilic elements can also be found in key attractions such as Gardens by the Bay, education institutions such as The Hive @ NTU, and even commercial facilities such as Solaris in One-North.

Biophilic design is not the same as green design, although the two concepts share some similarities.

In general, green design focuses on the sustainability of a building in terms of safe, effective, and efficient use of resources. Architects and engineers ask questions like “Does this feature contribute to reducing energy and water usage?”, “Is this material safe for the environment?”, “Can we incorporate renewable energy sources to this building?”, and “Can we achieve thermal comfort with natural ventilation instead of air-conditioning?”

The ecosystems that biophilic design introduces can help to improve air quality; provide natural forms of temperature control; channel natural lighting; create spaces for the growing of food; and support urban ecology such as migratory birds and wildlife.

Biophilic design is often also green design, but not all green features can be considered biophilic.

There are many benefits to working or living in a building that connects with nature.

Studies have shown that biophilic elements have positive physical and psychological effects on the inhabitants.

For example, patients in hospital rooms that received natural sunlight needed less pain medication than other patients. A connection with nature is also found to positively impact cognitive performance, and improve concentration, attention as well as perception of safety.

Yet there remain some challenges in promoting biophilic design in Singapore.

Some building owners or developers might think that it is purely about aesthetics, and question the cost and necessity of such features.

Others are concerned about the maintainability of the building, since live plants and flowers must be constantly tended to.

Some only want the greenery, but not the creatures they attract.

For architects and designers, the process of biophilic design therefore often involves educating clients and the users.

Beyond this, there is a need to also help Singaporeans understand and embrace the value of biophilic design.

After all, biophilic design and Singapore’s City in a Garden ambitions are inextricably linked.

Architects and urban planners will also have to continue to keep themselves updated about this relatively new field of design.

Google, for example, has been testing the effect that biophilic features - such as natural light, plants, terraces, water features, and even sunshine-simulating full-spectrum light – have on employees in its American offices.

Such studies would certainly contribute to the body of knowledge for biophilic design.

This is an exciting time, and I look forward to seeing how our built environment and city will continue to evolve and become ever “greener” – both metaphorically and physically.

Tan Shao Yen is President of Board of Architects and the CEO of CPG Consultants.