FROM the Hanging Gardens of Babylon to the orange gardens of Seville, urban planners down the ages have taken inspiration from nature. And those of us living in the concrete and brick jungle have perhaps never appreciated scraps of green space more than during the covid-19 pandemic. During lockdowns, city dwellers across the world have found parks and gardens – where they exist an unexpected source of calm and joy.

That comes as no surprise to the growing number of psychologists and ecologists studying the effects of nature on people’s mental health and well-being. The links they are uncovering are complex, and not yet fully understood. But even as the pandemic has highlighted them, it has also exposed that, in an increasingly urbanised world, our access to nature is dwindling – and often the most socio-economically deprived people face the biggest barriers. Amid talk about building back better, there is an obvious win-win-win here. Understand how to green the world’s urban spaces the right way and it can boost human well-being, help redress social inequality and be a boon for the biodiversity we all depend on. 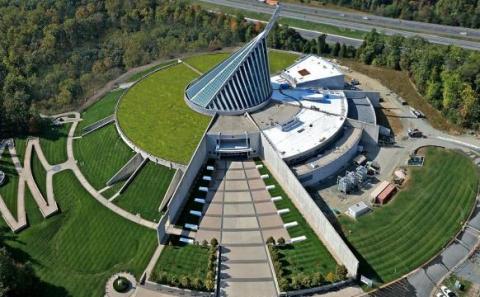 On evolutionary timescales, urban living is a new invention. Our species has existed for at least 300,000 years, but the oldest cities are only some 6000 years old. Only recently – little more than a decade ago, according to figures from the UN Population Division – have we become a majority-urban species. Now the number of us living in cities is booming like never before. By 2050, projections suggest almost 70 per cent of us will be urban dwellers (see “Urban latecomers”).

Our late arrival into cities might help explain our affinity with nature and green spaces. In 1984, biologist Edward O. Wilson made this connection explicit with his “biophilia” hypothesis. His idea was that the environment in which humans evolved has shaped our brain, priming it to respond positively to cues that would have enhanced survival for our ancestors, such as trees, savannah, lakes and waterways. This, Wilson argued, is why being in nature makes us feel good.

Whether that is the reason or not, the past few years have seen an explosion of research finding concrete links between increased exposure to nature and not just improved physical health, but better mental health, too. Mental health issues are estimated to account for as much as a third of all years lived with disability, and account for around 13 per cent of disability-adjusted life-years (DALYs) lost, similar to the toll of cardiovascular disease and circulatory disorders

The evidence of positive effects from nature includes studies on specific psychological conditions such as depression, anxiety and mood disorder. Access to nature has also been found to improve sleep and reduce stress, increase happiness and reduce negative emotions, promote positive social interactions and even help generate a sense of meaning to life. Being in green environments boosts various aspects of thinking, including attention, memory and creativity, in people both with and without depression. “The evidence is very solid,” says psychologist Marc Berman at the University of Chicago.

Complications in comparing studies and saying exactly what’s good for whom makes it hard to distil the effects into an individual prescription (see “How much nature do I need?“). In the UK’s remote Shetland Islands, however, they are doing just that: since 2018, doctors there have been able to prescribe nature-based activities such as birdwatching and beach walks to treat mental health conditions and stress, as well as physical conditions such as heart disease and diabetes. They aren’t alone, either: a review in 2019 identified 28 nature-based interventions used in various countries to improve health and well-being