The Green Revolution on Rooftops 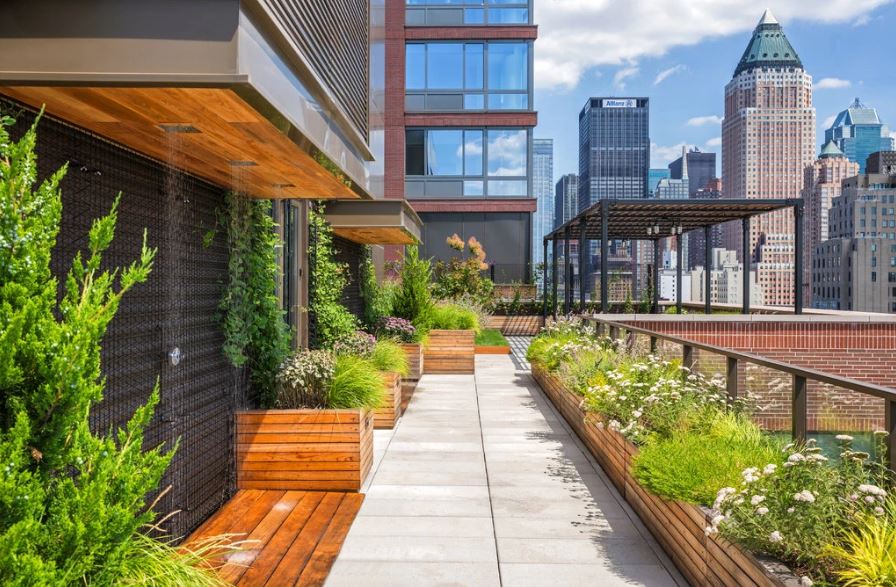 Replacing black asphalt and shingles with plants can lower the surrounding air temperature, filter dirty storm water and reduce a building’s energy use.

While it is difficult to calculate the savings, as utility costs vary from city to city, the National Research Council of Canada estimates a green roof can reduce air-conditioning use in a building by as much as 75 percent.

As understanding of the benefits grows, more cities around the world are passing green roof legislation. In 2010 Copenhagen began requiring green roofs on all new commercial buildings with a roof slope of less than 30 degrees. In 2016, the city of Córdoba in Argentina issued a bylaw that directed all rooftops — new or existing — of more than 1,300 square feet to be turned into green roofs. The same year, San Francisco began requiring that 15 to 30 percent of roof space on new buildings incorporate solar panels, green roofs or both. More recently, the New York City Council passed a suite of measures to reduce greenhouse gases, including a requirement for green roofs, solar panels or a combination of both on newly constructed buildings. Other cities support green roofs through non-legislative measures; Washington, D.C.’s storm water regulations and Philadelphia’s tax credit both encourage green roofs.