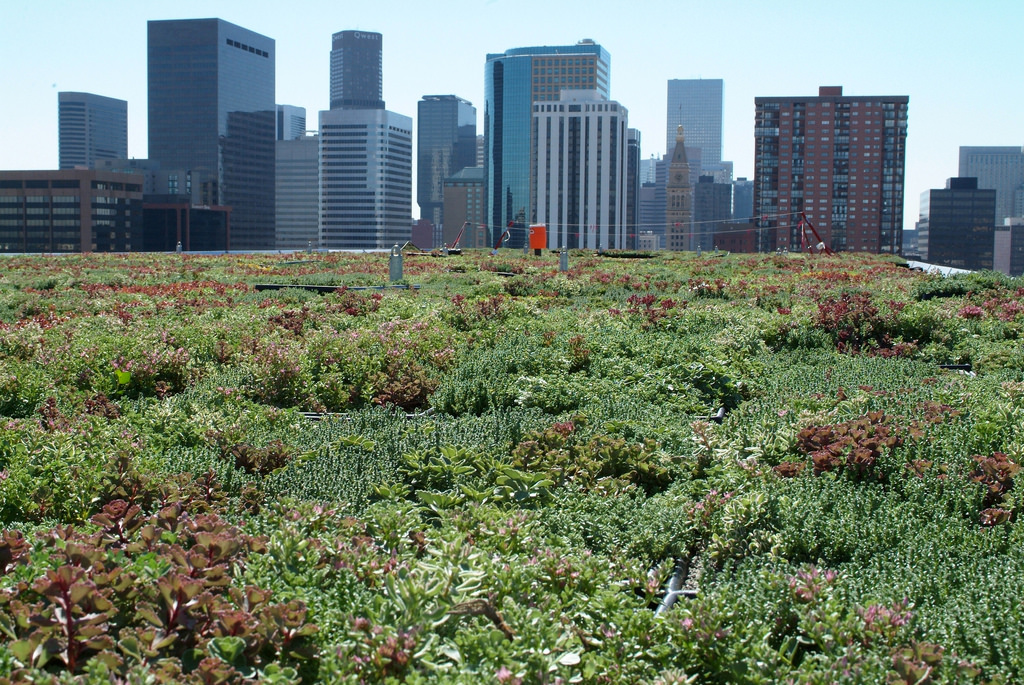 Green roofs are becoming increasingly popular in many countries. People are starting to realize just how many advantages a green roof has over a standard roof. Households and big companies are recognizing its benefits and incorporating it into their homes and buildings. So, how can you actually benefit on energy conservation from a green roof?

In short, green roofs are vegetated roof surfaces, meaning the roofs are partially or completely covered with growing plants. Their positive impact is dual: they contribute to the preservation of a building’s roof surface and provide significant environmental benefits.

On the other hand, there are three factors of a green roof that make a huge difference:

All the good stuff

Benefits of having a green roof are numerous; however, the accent is on the reduced energy consumption. It’s possible to present them in the terms of a building and the neighborhood level.

At the building level, green roofs:

At the neighborhood level, green roofs:

If you’re seriously planning on making a green roof, take a look at what the process would look like.

First, you should consult an engineer by no means. The professional will tell you if the building is able to support the load of the roof. If you get a positive answer, start on deciding which plants to grow on the roof.

Generally, drought-tolerant plants are the best option, as they can deal with the limited thickness of soil that doesn’t provide a lot of water storage space. It means that you should opt for plants that can withstand a couple of days without rain. If you really want some other plants to be grown, too, then the solution is to install an automated irrigation system to water the plants more regularly.

Installing irrigation system should also be planned carefully, as many Hoselink experts suggest doing a research on which misting or sprinkler kit you’ll need for your type of roof and the plants you’ve chosen.

In case you want a durable plant, sedums are the best choice, as they can go for weeks without water while blooming at different times in various colors. Their other advantage is a high tolerance of soil poor with nutrients. Perennial grasses and annual wildflowers are also a nice addition.

Heat tolerance is another important factor in choosing the right plants, as green roofs don’t get much shade during the day and are exposed to intensive sunlight most of the time.

Building process in a few words

When it comes to choosing roof membranes, most people opt for asphalt roofs, EPDM membrane, and TPO membrane. Once the membrane is chosen, the substrate or matting is the next step. It usually consists of a plastic tray with cup indentations that serve as water holders. The perforation visible between the cups enables drainage and is covered with a fibrous material. Putting the growing medium is the next step, which usually consists of pebbles, sand, crushed brick and organic matter in very small amounts. It’s important to level the growing medium once it has been spread. The last step is to lay down the plants, which is a quick and easy process.

Green roofs can be seen more and more around big cities, where people are starting to realize all the benefits of having it. Whether there are numerous households with green roofs around you or you’re the only one in the neighborhood thinking about it, your decision should be made solely on your ability to perform the whole process by the book, so as not to be sorry in a year or less.