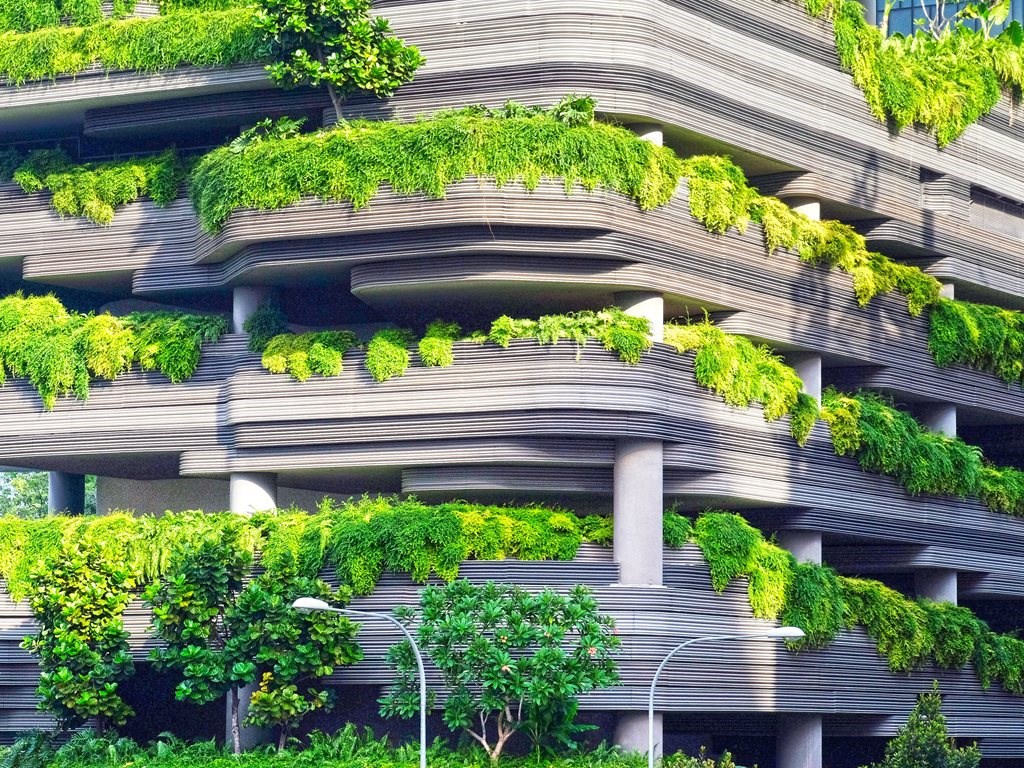 Green roofs are an accepted part of modern building in Europe, where their use has become mandated by some city and national governments. They are commonplace in the Austrian city of Linz, where green roofs ae required on all new residential and commercial buildings with rooftops larger than 100sqm.

In the United States, Denver has joined San Francisco in making green roofs compulsory on certain buildings. In November, an initiative was passed which mandated that 20 percent of rooftop space on newly constructed buildings over 25,000 square feet must be covered by gardens or solar panels.

The revolution has spread to Australia, where the eco-friendly design is being increasingly utilised to take advantage of their benefits.

In a commercial environment, green roofs provide all these benefits, and more. Research has found workers in an office with greenery were 15 percent more productive than those without. It was also found to boost employee engagement, concentration levels, workplace satisfaction and perceptions of air quality.

The benefits of green roofs were recognised by Infrastructure Australia recently, in a report recommending the Australian government maintain and enhance green infrastructure through a combination of taxation, planning incentives and policy and regulatory reforms.

Meanwhile, the NSW Government has released its Greener Places draft policy which reinforces that green roofs are not only an asset to the build environment but essential to the design and development of healthy urban environments.

Despite the myriad of benefits of green roofs, their growing popularity is fuelled by commercial interests.  "The key trends for green roofs are commercially driven by increasing realty value and improving tenancy loyalty in a competitive market,” Matthew Dillon, vice president, World Green Infrastructure Network; president; Green Roofs Australasia and director, Verdant Solutions Australia says. Incorporating a green roof is a means of giving a project an edge over its competitors, particularly in an era where demand for urban living is rising and space is at a premium.

The presence of green roofs in Australia is still a long way off some cities overseas. “Unfortunately, the current national building codes, State SEPP's, local gov't DCP's and LEP's do not include requirements which promote BIV (Building Integrated Vegetative) systems such as green roofs and living walls,” Dillon says.

“In my opinion this is a lost opportunity for the community which lacks future-proofing foresight by government.”

The answer, Dillon says, is a mandate. “I believe that all new residential developments and large scale industrial developments need to be mandated on including green roofs and made solar ready, similar to new legislation by the City of San Francisco," he says.

Dillon has been promoting and lobbying for green roof use for 11 years, and he said their uptake comes down to economic benefits. "Due to a rapid global expansion of incorporating green roofs and living walls into the urban fabric via the built environment, we now have quantifiable and qualifiable data which substantiates the economic rationale required for investment,” he says. “Green sustainable buildings are now in demand and worth more...what's lacking is the supply."

Van Zuilekom says the key trends in commercial green roof design include the use of shallow profiles, the utilisation of green roofs for thermal and acoustic insulation and using different species to provide aesthetic benefit to surrounding areas.

Many designers are also creating trafficable green roofs to provide increased amenity, using the space for food production and merging roof gardens with a range of living architecture technologies and biophilic design solutions. They are also more frequently combining them with solar panels to keep the panels cool and therefore lessen exacerbated heating to increase efficiency.

As research enhances the understanding of green roofs and how they perform, many designers are branching out and utilising a higher diversity of species to optimise the desired benefits of green roofs. They are also merging green roofs with vertical gardens and green facades to make the most of space and create a more aesthetically pleasing and functional area.

Looking forward, Van Zuilekom can see the use of green roof technology becoming more extensive and used in a wider range of exposures. He believes there will be a greater responsiveness to architecture and vice versa and species selection will improve, allowing for a wider range of applications.