Green Roofs for rent? A tale of two rooftops 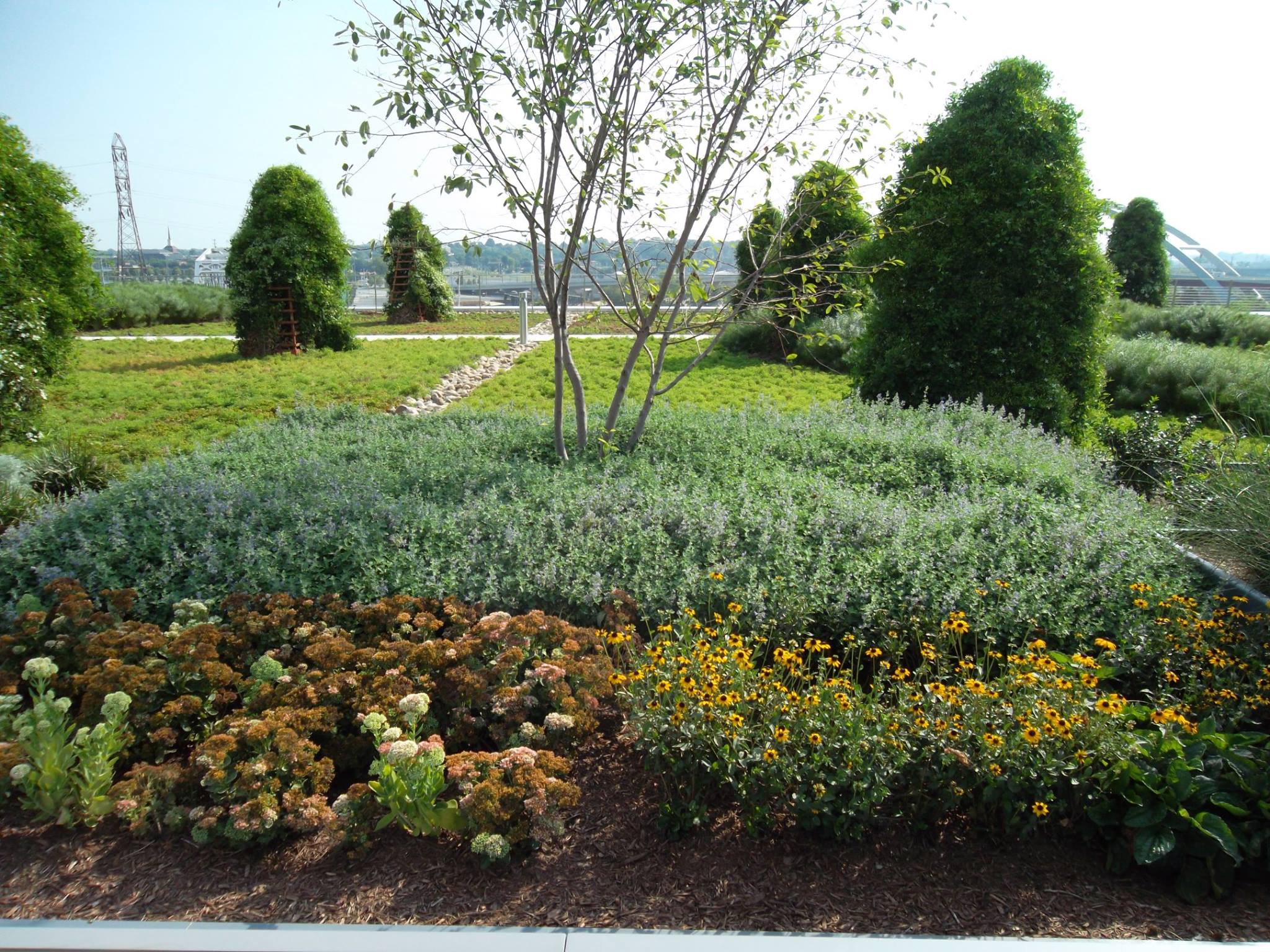 Green roofs can not only do great things for the environment, they can bring direct financial benefit to building owners.  When intentionally designed to serve as gathering spaces, green roofs are attractive, unique venues that can both serve the community, and serve as a profit center for the building owner.  Here are two recent examples.

ATLANTA CITY HALL
A National Register of Historic Places designee, the Atlanta City Hall is situated in the center of old downtown Atlanta. Opened for public service in 1930, the building exemplifies the Late Gothic Revival architectural style popular in its day. The Atlanta City Hall Green Roof was originally constructed in 2003, then deconstructed and completely rebuilt to a new design in Fall 2017.  It sits adjacent to the government center’s popular coffee shop and lunch stop, Café 55 – named for the building’s address of 55 Trinity Ave SW – and directly above The Mayor’s Office & Porch.  Filled with plants that will bloom in the bright Georgia sunshine from early April through October, the green roof color palette ranges from pinkish-purple echinacea purpurea to the variant greens of Little Bluestem and Karl Foerster grasses to the starry blue flowers of amsonia hubrichtii to the sunny yellow-gold of rudbeckia goldstrum, and more.

During the morning and afternoon, the new green roof is designed to serve as a colorful, relaxing gathering spot for meals, meetings, and conversation, with benches, tables, and chairs available to café patrons.  Inherent to the design, however, is a broad center area paved with a pedestal-and-roof-paver system, for use as event space beyond the building’s working hours. This area narrows toward the edge of the roof, creating a focal point for weddings, speeches, and other intended gatherings.  The City of Atlanta worked closely with their green roof designers and installers for several months prior to the job start, to ensure that their vision of a flexible space, useful both for daytime City Hall staff and evening/weekend public rental, was met.  While the roof was completed only recently and has not yet had its first seasonal bloom, the City Hall Green Roof reopened in October and is ready for rent!