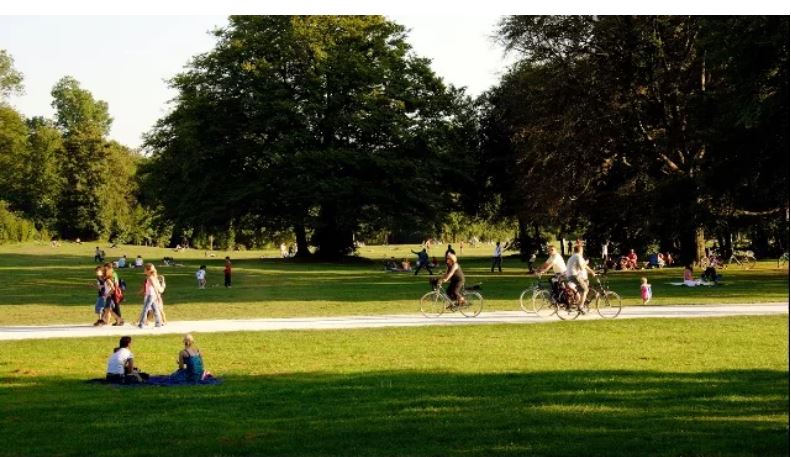 Green spaces are a vital benefit to our mental health that can mitigate some of the difficulties of social isolation, reaffirmed research presented last week at FENS Virtual Forum of Neuroscience.

In a plenary lecture, Professor Andreas Meyer-Lindenberg, of the Central Institute of Mental Health in Mannheim, Germany, reviewed the environmental risk factors for mental health disorders and the genetics that underlie our vulnerability or resilience to them. Social and environmental factors are especially relevant as we emerge from months of social isolation necessitated by the COVID-19 pandemic.

Brain regions for stress and socializing

Social isolation’s link to mental health problems is well established. People with larger friendship networks have been repeatedly shown to have better quality of life and wellbeing. Meyer-Lindenberg’s research looks in detail at how our environment impacts this relationship.

Prior to the COVID-19 pandemic, Meyer-Lindenberg published two studies reviewing how access to green spaces improves wellbeing for people who live in urban environments. City dwellers, despite living in close proximity to large social groups, often show higher risk of mental illness; this burden is especially heavy on people living in poverty and facing discrimination – Meyer-Lindenberg points to the increased risk of schizophrenia that second-generation immigrants face.

The first study followed a group of 33 healthy young adults living in Mannheim. As opposed to classical green space studies, where immersion in a green space is measured, Meyer-Lindenberg’s team used smartphone information, combined with aerial imaging, to assess how much vegetation and greenery were in participants’ environs over a given week. This was then graphed against emotion ratings to assess how participants’ moods changed in response to higher levels of greenery.

They noted that higher urban green space exposure correlated with more positive emotional experiences. This was seen again in a second group of 52 individuals who also underwent a functional magnetic resonance imaging (fMRI) protocol. Here, participants were exposed to images of faces with angry or fearful expressions. Reduced activation in the dorsolateral prefrontal cortex, a region of the brain implicated in higher cognitive functions and attention switching, in response to these images is a hallmark of people with greater vulnerability to mental health disorders.

Interestingly, Meyer-Lindenberg and his team noted that people who were more vulnerable to poor mental health gained greater benefit from exposure to green spaces. The authors conclude that exposure to urban green spaces could be protective for people at risk of mental illness.

A warning for prospective cities?

What do these findings mean for people living in inner cities with little greenery and facing many more months of pandemic-related disruption? Meyer-Lindenberg presented data in Mannheim studying the link between green space and mental health in Mannheim in 1965 and 2017. The maps were virtually identical, and the city had changed very little. Meyer-Lindenberg says the biggest impacts will be on cities yet to be built.

So what should these cities look like? Meyer-Lindenberg’s second paper reviewed innovations for urban green space in cities of the near future. Past studies’ lack of granular information about what exactly constitutes a green space make this a difficult question, but Meyer-Lindenberg says hints may lie in our evolutionary history: “We know that the brain responds positively to green space, so giving all people equal access to parks and nature within cities is important, if challenging. Our desire for green space could have evolutionary roots when humans naturally sought an area with trees, water and fertile land on which to live.”