HK can use green tech to beat air pollution 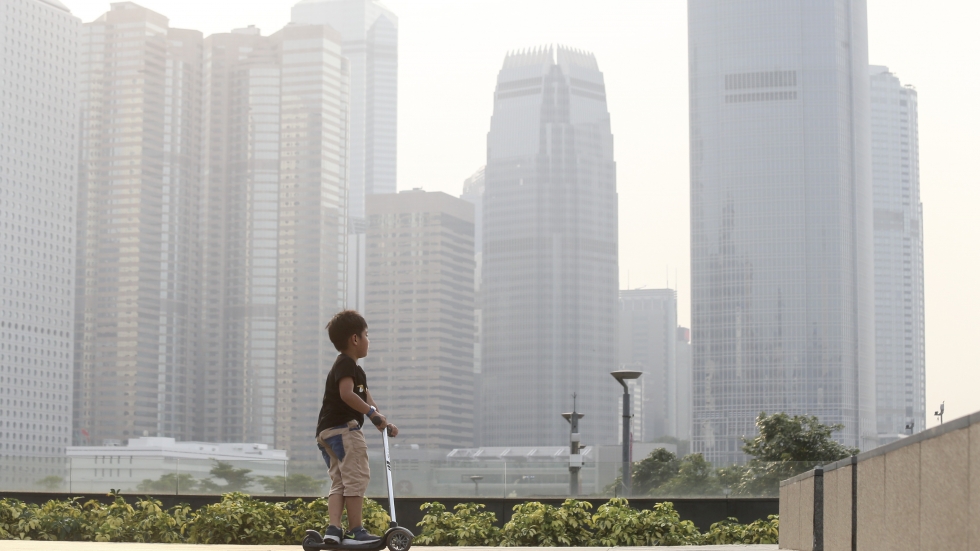 Last month, a new set of five-year air quality objectives starting from 2020 were proposed by the government and are now pending approval from the legislature and environmental advisers before coming into effect next year. Local environmental advocacy groups like the Clean Air Network have lambasted the proposal for being too conservative, even aimed at protecting vested interests, since lax standards would make it easier for projects like the proposed artificial island off Lantau to gain approval.

What’s more, some of these objectives won’t even be met, going by the Environmental Protection Department’s own forecasts for air quality in 2025. The department projected that average nitrogen dioxide concentrations in the proposed reclamation area in Lantau would reach 40 to 60 micrograms per cubic metre in 2025, exceeding the target of 40 micrograms per cubic metre.

Targets aside, Hongkongers have tried to pinpoint the sources of our perennial pollution problem. Some point to the emissions from the shipping industry. According to the latest data, shipping in Hong Kong waters produced 8,540 tonnes of sulphur dioxide, 32,900 tonnes of nitrogen oxide and 1,480 tonnes of harmful particulates (PM2.5) in 2016. So one solution, now in progress, is to clean up shipping fuel.

Another source is the coal and gas plants we still use to generate electricity. Yet others have stressed the need to cut down on roadside emissions. This means phasing out diesel vehicles and a switch to electric cars.

While these corrective and preventive measures are important, Hong Kong must also consider turning to some of the scientifically proven and innovative solutions that have been implemented elsewhere in the world. We must take a more proactive stance to rein in pollution and avert the public health crisis it represents.

First, we need more plants. We bemoan the lack of green space in urban Hong Kong, but we’ve overlooked the opportunities that rooftops provide. Plants can actually be designed into the roofs of houses and apartments. Once introduced, the plants remove carbon dioxide and harmful pollutants from the air and improve its quality. The city of Los Angeles, one of the most polluted cities in the US, conducted its own research on green roofs and discovered that one square metre of green roof removed about 100 grams of particulate matter per year, the equivalent pollution of an average car for an entire year.

Close to two decades’ worth of environmental science studies on green roofs have shown promising results about their ability to reduce particulate matter from the air. We can go further and make use of newly created technologies, such as Airlite (funded by the European Union’s Horizon 2020 research and innovation programme), which builds pollution-removing mosses and bacteria into even wall paint.

Second, we need air-cleaning units in key spaces with the highest levels of pollution. Hong Kong has just installed its firstin the Central-Wan Chai Bypass that opened to traffic a week ago. Inbuilt air purification in the tunnel is expected to remove at least 80 per cent of harmful suspended particulates and nitrogen dioxide, two key roadside pollutants. Green groups are right to call for more of these to be set up.

Hong Kong is not alone in turning to outdoor air purifiers. Dutch artist Daan Roosegaarde’s “Smog Free Tower” was first installed in Beijing in 2016, then also in Rotterdam, Tianjin and Dalian. Placed in heavily polluted areas, these towers have been found to suck up roughly 30,000 cubic metres of polluted air every hour, converting filthy air into cleaner air released back into the city. More importantly, they reduce the PM2.5 particulates in the air – the fine particles that are so harmful to health because of how easily they enter our lungs and bloodstream – by up to 25 per cent.

Third, we should tap the potential of alternative energy sources. For example, technologies to generate electricity using kinetic energy already exist, like tech company Pavegen’s special pavement tiles that convert the weight of footsteps into energy that can be used on-site and off-grid. Given Hong Kong’s high density, we have more than enough people to power this technology.

Fourth, we need to be more ambitious in policymaking and the promotion of green technology. Apart from phasing out dirty engines on the roads, we should also design more efficient routes for ships, to cut down on travel time, and replace older models with new ones that rely on renewable sources. We also need guidelines that crack down on emission-producing companies.

Pollution is killing us. Policy changes are important, as are baby steps towards any goal, but not when we’re on the precipice of a disaster. Hong Kong needs decisive action on an ambitious scale.

Author: Anson Au is currently a visiting professor in the School of Humanities, Social Science and Law at Harbin Institute of Technology and a PhD student in sociology at the University of Toronto