How green roofs can protect city streets from flooding 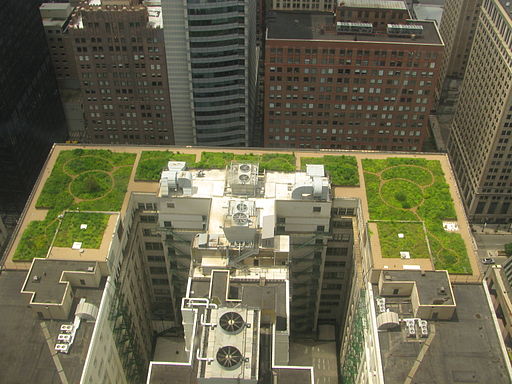 Spring and summer 2017 have been among the wettest on record in eastern North America. And the world is still watching Houston, where Hurricane Harvey caused devastating flooding.

Rainfall amounts in the spring broke records in places like Toronto, where 44.6 millimetres of rain fell in 24 hours. The downpours earlier this spring caused the stormwater infrastructure in Canada’s biggest city to overflow, leading to flooding of busy downtown streets.

Urbanization in many North American cities has led to a rapid loss of permeable surfaces where water can freely drain. Coupled with the growing downtown core population in cities Toronto, this means that the stormwater and sewer systems in place must manage more water than in previous decades.

Furthermore, global temperature increases have been linked to the rise in extreme weather events worldwide, a trend that could worsen if global warming is not brought under control.

Many cities are ill-equipped to deal with these unprecedented amounts of precipitation due to their insufficient and outdated stormwater infrastructure.

Twenty three per cent of Toronto’s downtown sewers are combined, meaning that both the city’s stormwater and wastewater flow together within one pipe to a water treatment plant. In periods of heavy rainfall, the amount of stormwater in the sewer can reach capacity and overflow onto Toronto’s streets and into its lake and rivers.

That means to prevent flooding in downtown areas, sewage is released — untreated — into bodies of water that permit swimming and other recreational sports.

With rainfall amounts on the rise globally, it’s a crucial time to examine how cities can retrofit their existing building infrastructure to alleviate flood damage and deal with stormwater in a more sustainable manner.