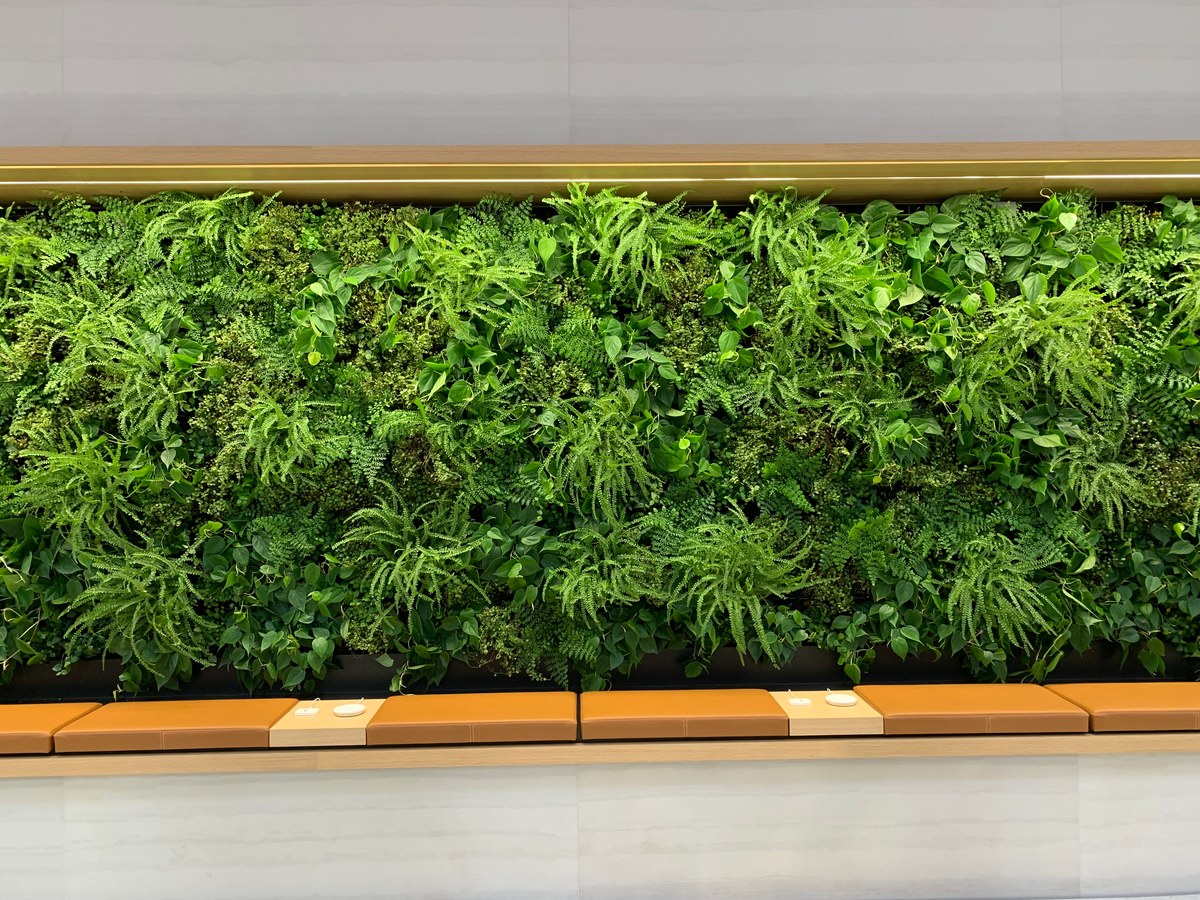 Apple store on 5th Ave has a living wall.
The new corporate trend:-

There are a few reasons why this green design movement is taking off, and they have to do with millennials’ preferences as they move up in the workforce, according to Stacy Colman of Plant Wall Design.

Millenials love plants. Amazon now carries live houseplants, and other direct-to-consumer plant start-ups like The Sill, Bloomscape, and Horti, are appearing, offering services like monthly subscriptions and “jungle” kits – plant starter kits sold as a theme, like “pet-friendly” or “hard to kill.”

Serene Buckley of Habitat Horticulture, another company that does living wall installations, also noted the positive psychological effects that plants can have on stress and productivity.

Millennial’s love of plants and wellness, along with businesses’ incentives to make offices and stores comfortable so people stay longer, have made the perfect environment for plant walls to flourish.

a particularly hot trend for tech companies, like this one at eBay that incorporated flowers in its office in San Jose, California. 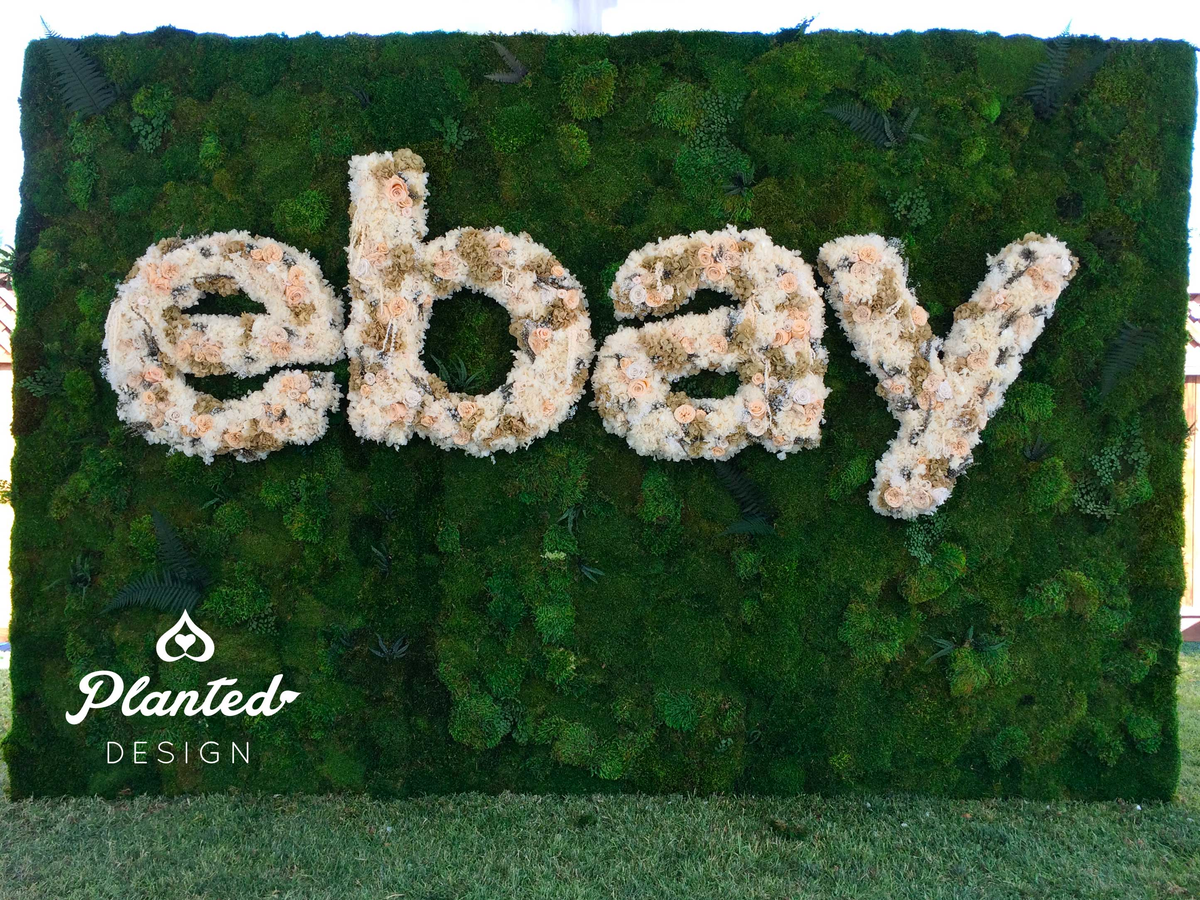 While millennials reportedly “kill” various industries, the generation has embraced “plant parenthood” and is purchasing species of plants like monstera and pothos with a frequency older generations haven’t. The trend is alive in Poshmark’s office in Redwood City, California. 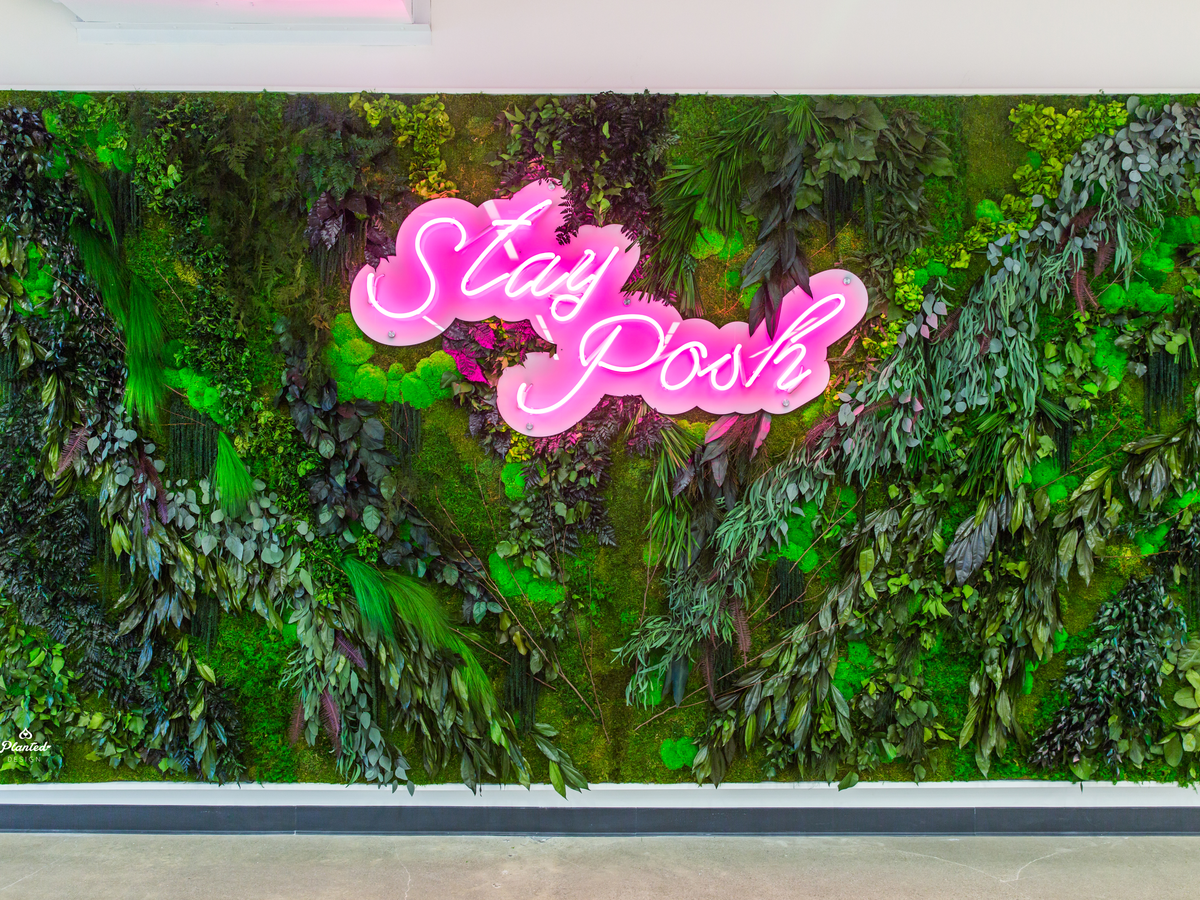 As millennials are bringing plants into their homes, they also want plants in the office, Colman told Business Insider. Chinese gaming company and media conglomerate Tencent also has a logo incorporated into its living wall in its Palo Alto, California office. 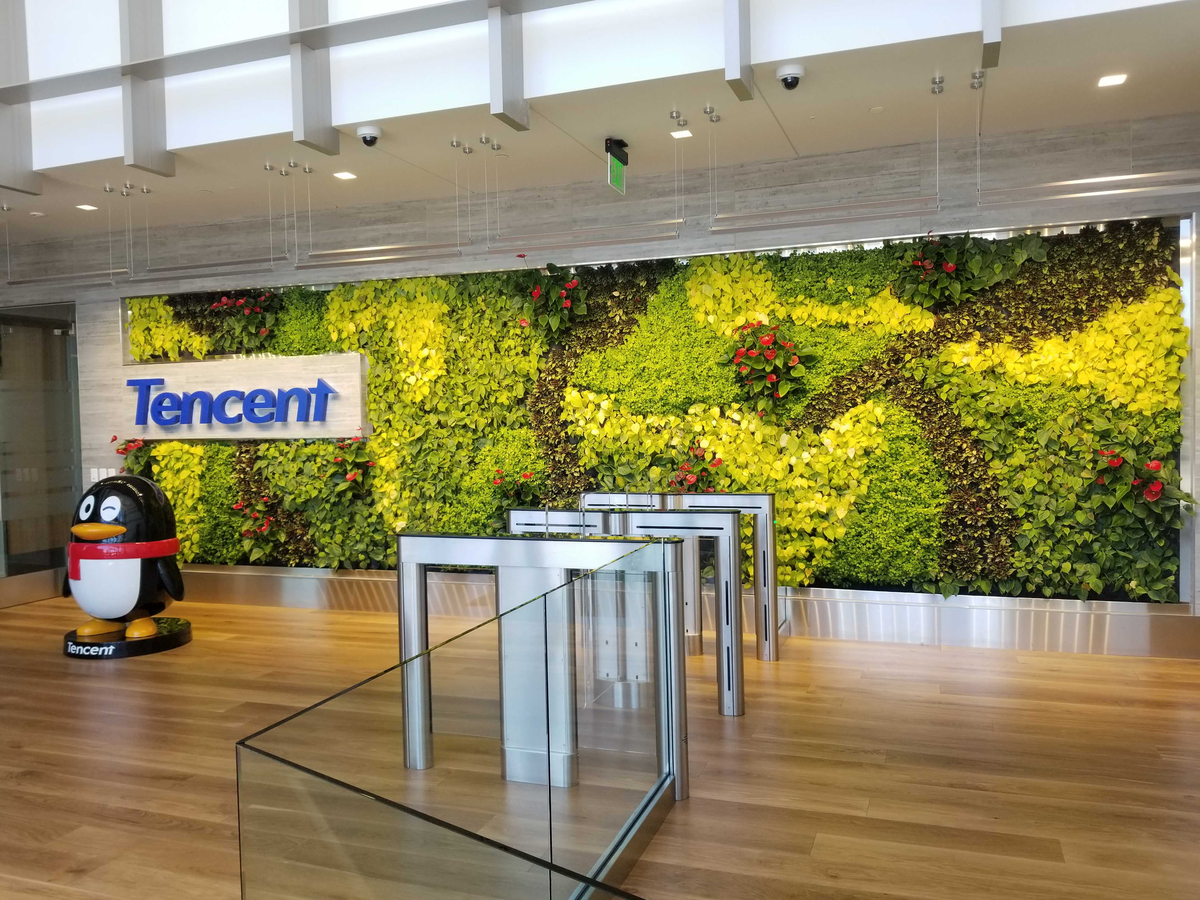 Allbirds’ office in San Francisco has two large plant installations with different shades of green, which Colman says makes the office feels more like a home than bare white walls. 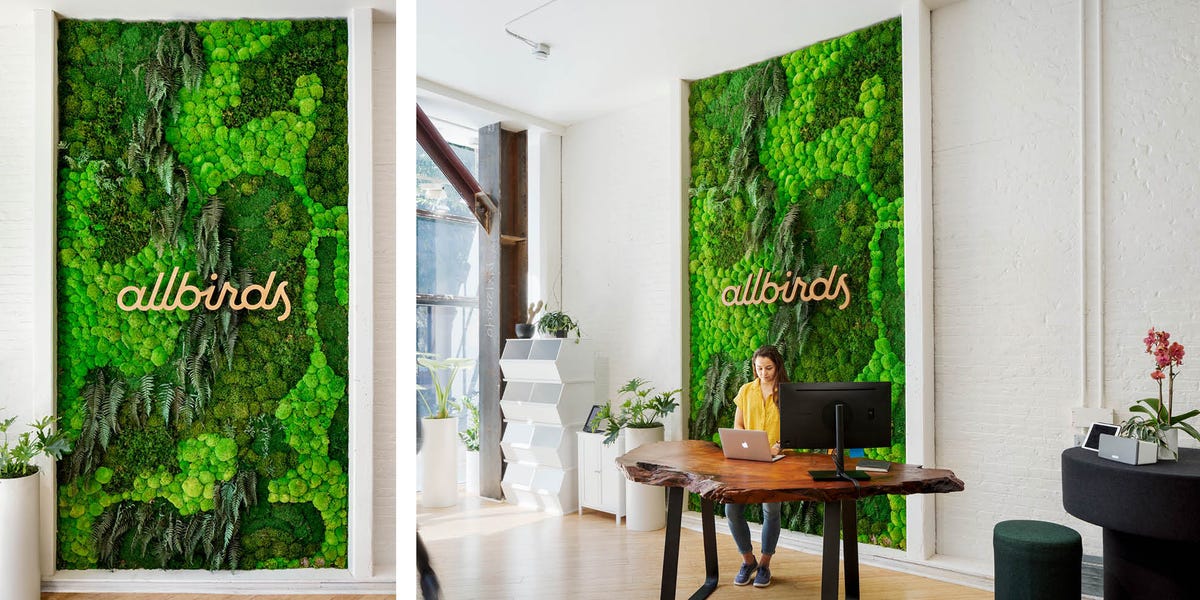 Millennials are the “wellness generation,” and products promising wellness are part of an industry is worth over $US4 trillion globally, according to a report by the Global Wellness Institute. The Salesforce headquarters in San Francisco has a plant installation, which Buckley notes can have positive health effects. 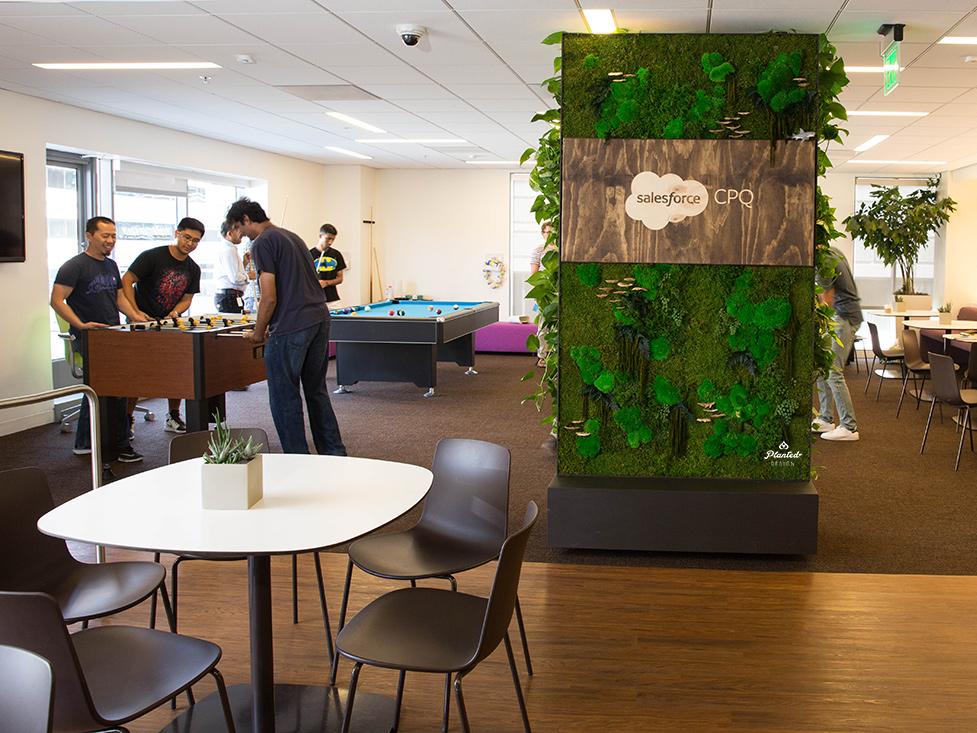 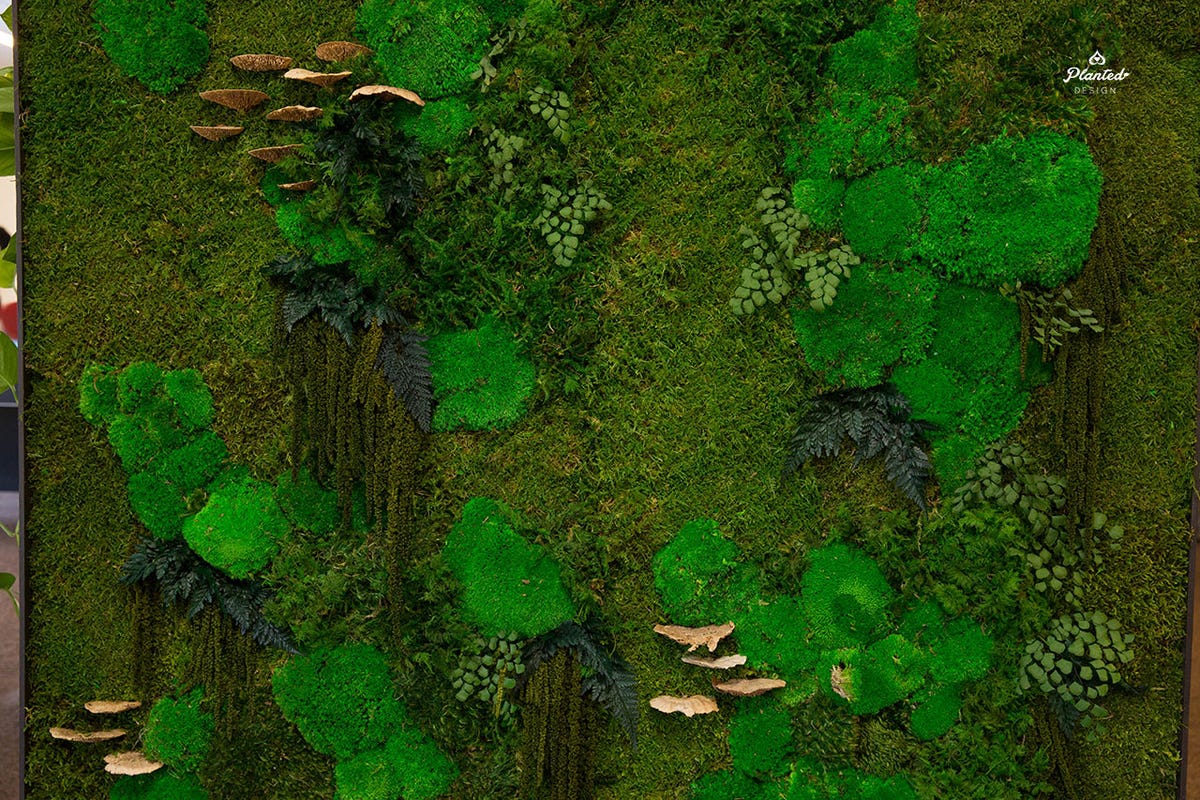 Millennials care about their own wellness, and also the health of the environment. Positive health effects of having plants around are well understood — they can clean the air by literally producing oxygen from carbon dioxide. They can also absorb noise pollution, like at Slack’s office in San Francisco. 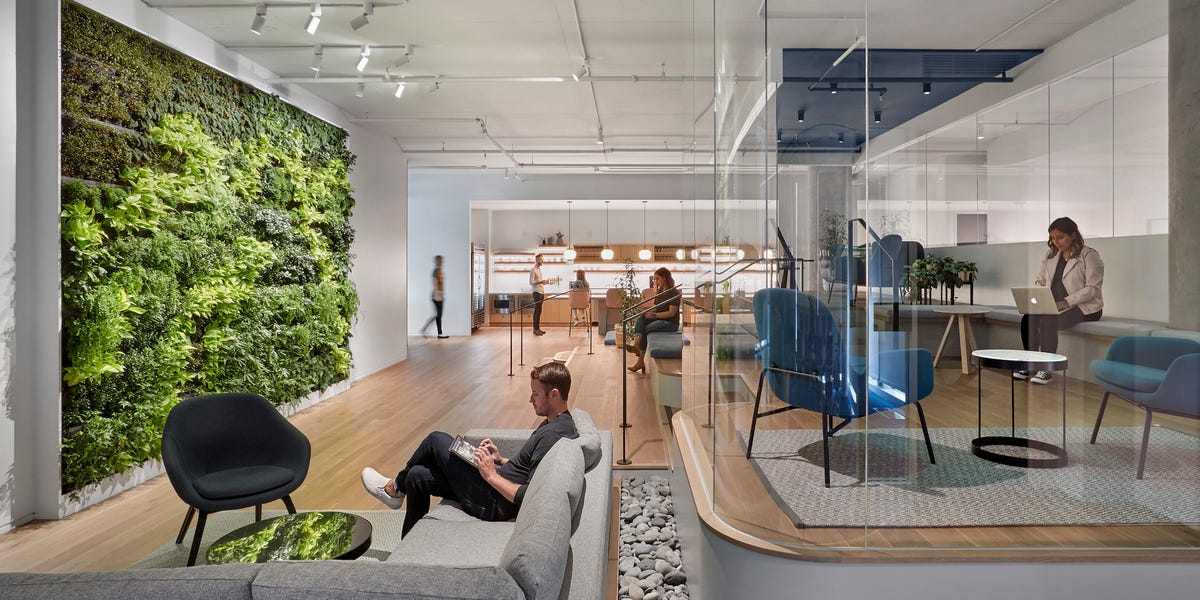 Companies like Google are using millennials’ plant obsession to their advantage in the Sunnyvale, California campus. 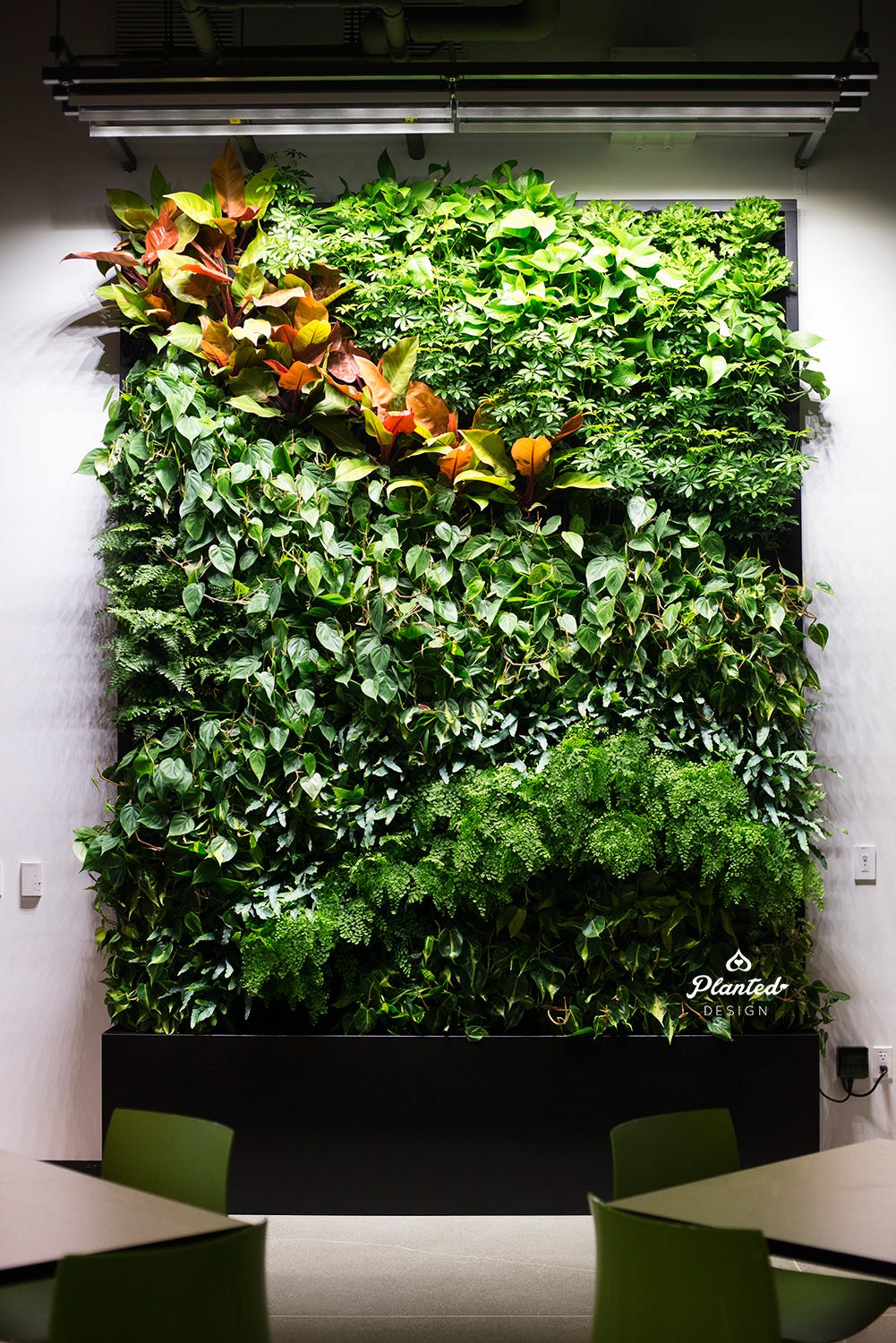 Colman explained that where a company might have previously installed a large, expensive piece of art, now it sees a plant wall as an option with “more bang for their buck,” and she described these walls as “art with benefits.” 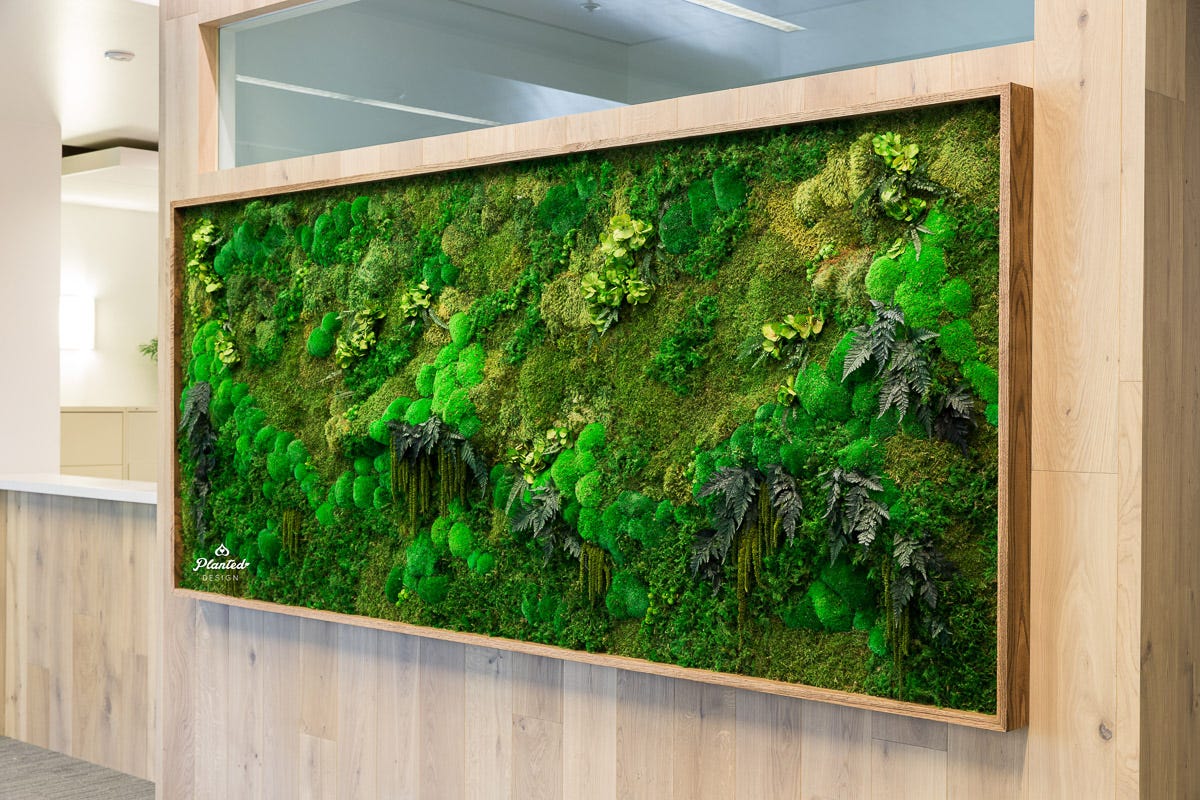 Venture Capital firms have jumped on the trend. This installation welcomes employees and clients at VC Ridge Ventures in San Francisco. Close-up, the details designers put into these pieces are visible, with different colours and textures to keep them interesting. Colman said that plant walls give an office environment “a different tenor,” almost making employees feel like they’re working in a garden, like in San Francisco venture capital firm Combine. Office perks used to include junk food and catered lunches, but for a health-conscious generation, plant walls could keep them at work longer. Like in an office, the walls can make an environment more welcoming, encouraging people to stay longer in the retail space.