Parks and other open spaces should be within 200m of high-density homes and 400m from schools and workplaces, under new NSW government guidelines prioritising greenery in the wake of COVID-19.

NSW Government Architect Abbie Galvin said the deadly summer bushfires, combined with the effects of the coronavirus pandemic, had highlighted the necessity for the first Greener Places policy.

The Department of Planning, Industry and Environment will release its draft Greener Places policy on Thursday, outlining guidelines for open spaces including parks, sporting fields, open corridors and rooftop gardens. It will inform planning controls at every level of urban development across state and local government.

The planning guidelines emphasise the creation of a linked network of accessible, recreational spaces, urban tree canopy, and nurturing native habitats and ecological health within various urban and regional environments.

Metrics are outlined to guide local planners, such as creating open spaces within 200m of homes in areas of more than 60 dwellings per hectare, and 400m from schools and workplaces, with recreational land being more than 15m wide, and at least 150m for sporting areas.

"As more people move into apartments, terraces and townhouses, our parks, tree-lined streets and playgrounds will become the 'shared backyards' that keep our cities healthy and liveable," he said. 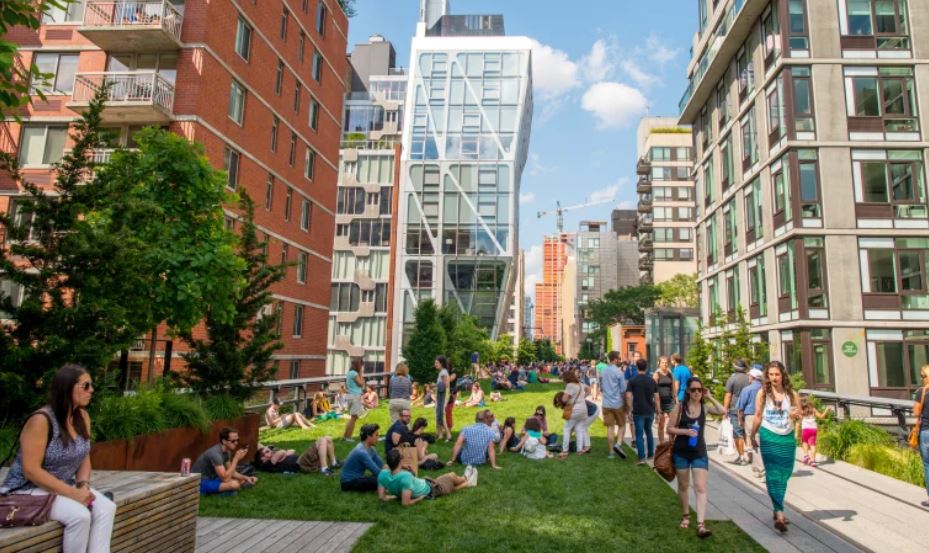 He said in Sydney's inner-west, where residents have 12 square metres per person, many of the ways to reshape the outdoors would be linear, using old infrastructure routes such as drainage canals, utility routes or riparian corridors.

The Greater Sydney Commission is also pushing for trees to cover 40 per cent of urban areas by 2056.

Ms Galvin said tree-lined streets across Sydney was a great goal. "That sounds like something that's so simple to do, but once you actually open your eyes to noticing how many streets we have that don't have tree canopies, it's extraordinary," Ms Galvin said.

But she said the guidelines were optional only, intended to spark innovative urban design, citing paragons such as New York City's High Line, an old railway line converted into a linear park in Manhattan, and Parc de la Villette in Paris, built on the site of an old abattoir.

Professor Bill Randolph, the City Futures Research Centre director at the University of NSW, said a government policy position on green spaces had long been neglected.

"It's been a catch-up job for government to realise that if you want density you've got to compensate for open space as well," Professor Randolph said.

He said the big problem was determining who was going to pay for the open space, suggesting land owners benefiting from up-zoning would have to recognise there were additional costs associated with selling the land.