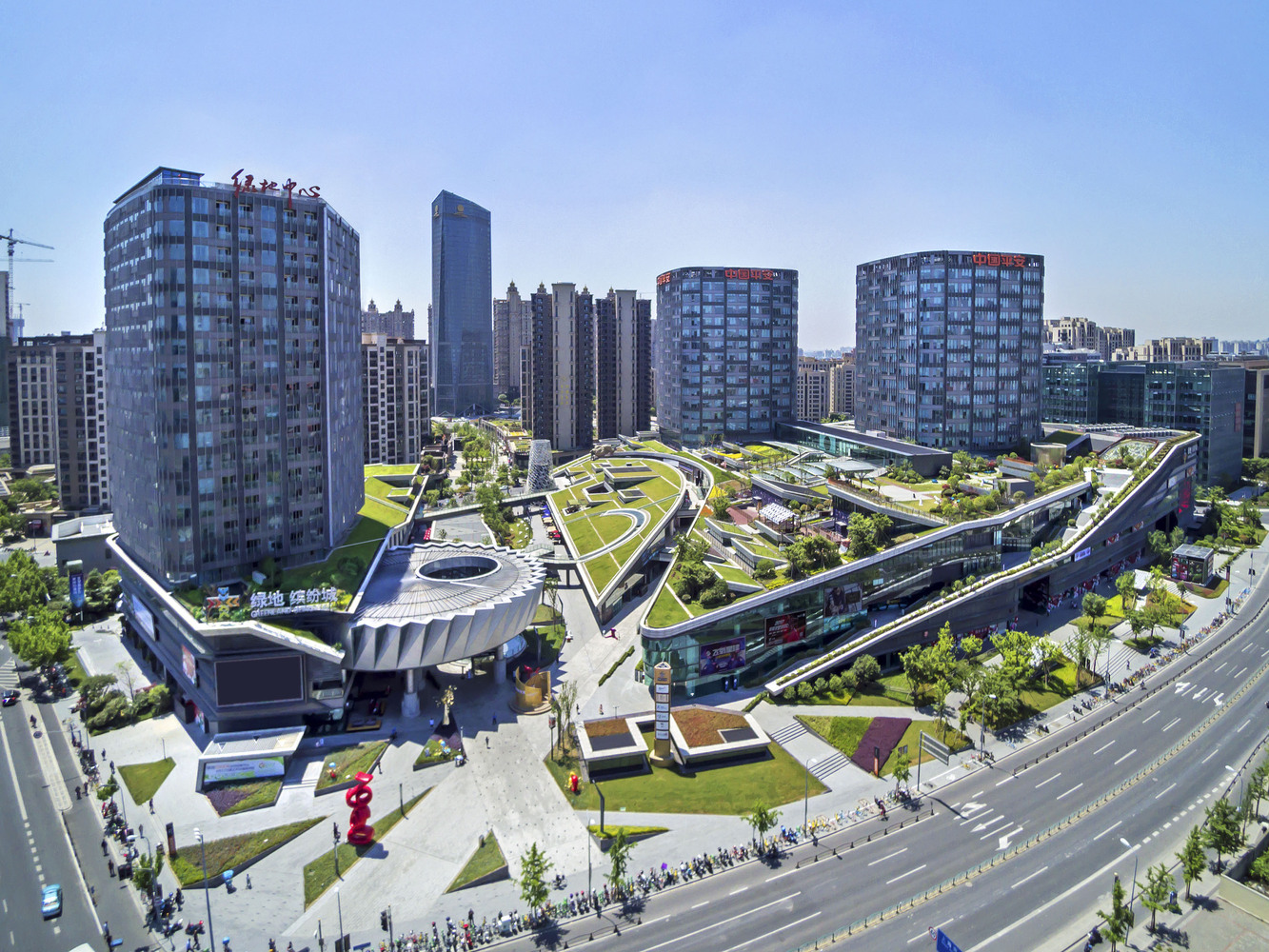 Located above a two-line subway station, the Shanghai Greenland Centre by architecture office Nikken Sekkei forms the city’s largest urban park at approximately 20,000 m2. The sprawling green park sits atop a commercial facility that encloses various enterprises beneath a green roof of cascading terraces and slopes topped with trees and other types of landscaping.

Shanghai development projects typically involve one dominant large box built within a single urban division, into which the shops are then arranged,’ explains Hiroyuki Suga, design manager at Nikken Sekkei.

'However, we decided upon a different approach. based upon the underground station, greenery was added to the roofs of the terraced commercial facility. This created a valley of green. As the slope takes on a rising form from directions near the station, the view extends as far as the eye can see.’

The three buildings that emerge from the green landscape – two office ones and the SOHO building – along with other places where people congregate, such as station entrances and exits, are placed separated from each another and connected with semi-outdoor walkways. Each of their façades has been designed to encourage people to walk around the entire park through changes in the layering of natural ventilation louvers and aluminum shade fins. 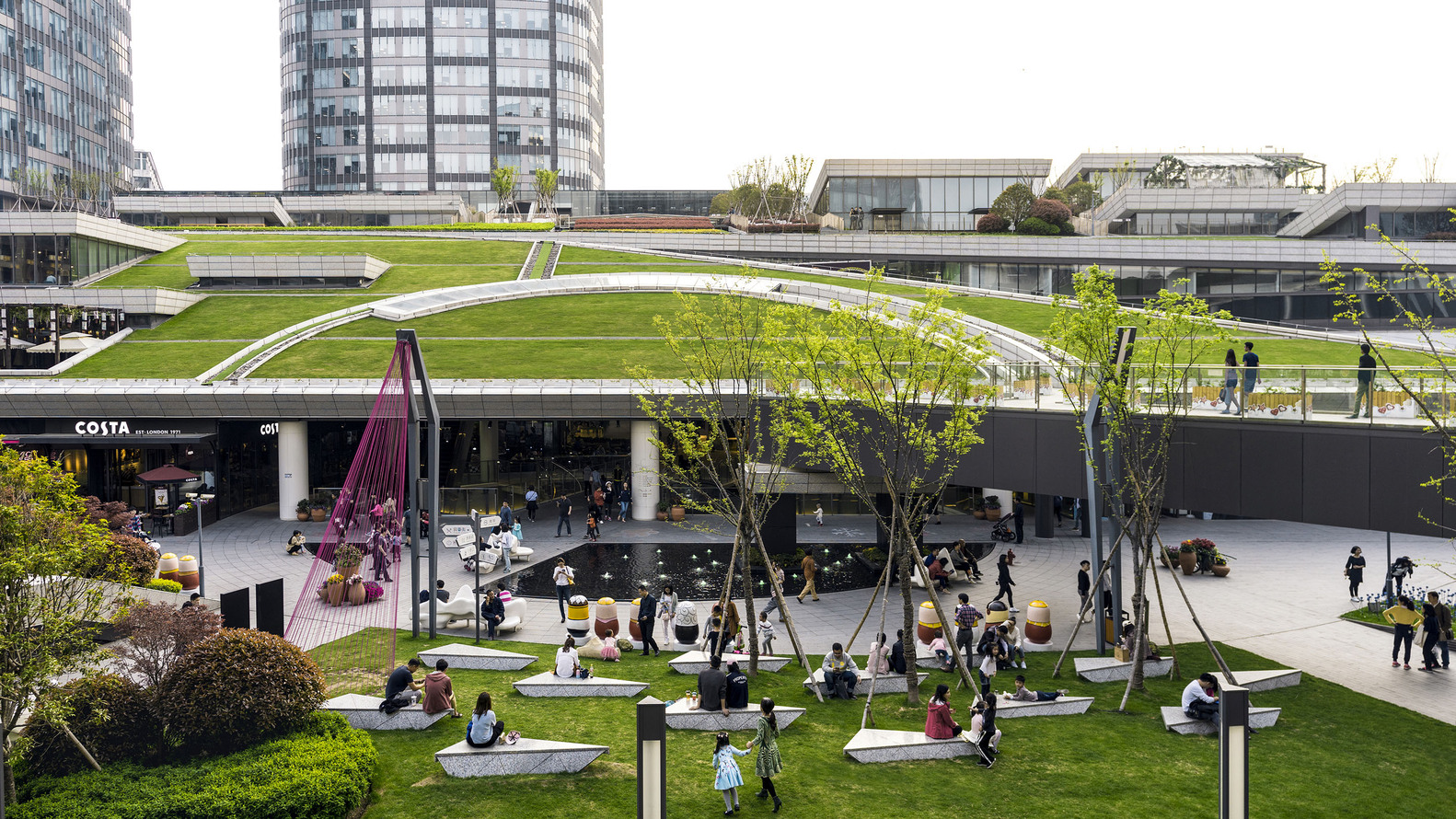 The client was the Greenland Group, one of China’s top real estate companies. Along with the company name, the giant green slope is called the “Urban Firm” . In walking around the Urban Firm, station users, bus terminal users and office workers can closely experience the greenery of nature even within their regular urban lifestyles.

An important goal for the client  was to draw large numbers of people and ensure profitability. Nikken Sekkei responded to this goal in a manner that varies from traditional methods.
There were two broad points to the proposal.
1. Given that Shanghai is being densely redeveloped, the designers wanted to make the area above the tracks into a park to be loved by the city residents. "As we continued our investigations, we came upon the idea of unifying with nature not only the area above the tracks but the entire facility. We wondered if this would make it seem as if the stores were in an area of greenery. This is how the Great Greenland was born. We aimed to have visitors come to this town with the same sensations as visiting a real park."
2. Transit Oriented Development (TOD, is  specialty of Nikken Sekkei, which promotes the use of public transportation. It is a way of thinking that calls for the building of facilities that tie the town to the station, with the station taking the lead role.
The client understood the value of this Great Greenland and TOD-centered proposal. As the Urban Firm is a rooftop green space, it does not cut into the profit base. The  goal was to create a richness of life not seen in previous developments, and to do so upon ensuring profitability.

The project this week won the "Shopping – completed buildings’ category at the 2018 world architecture festival. 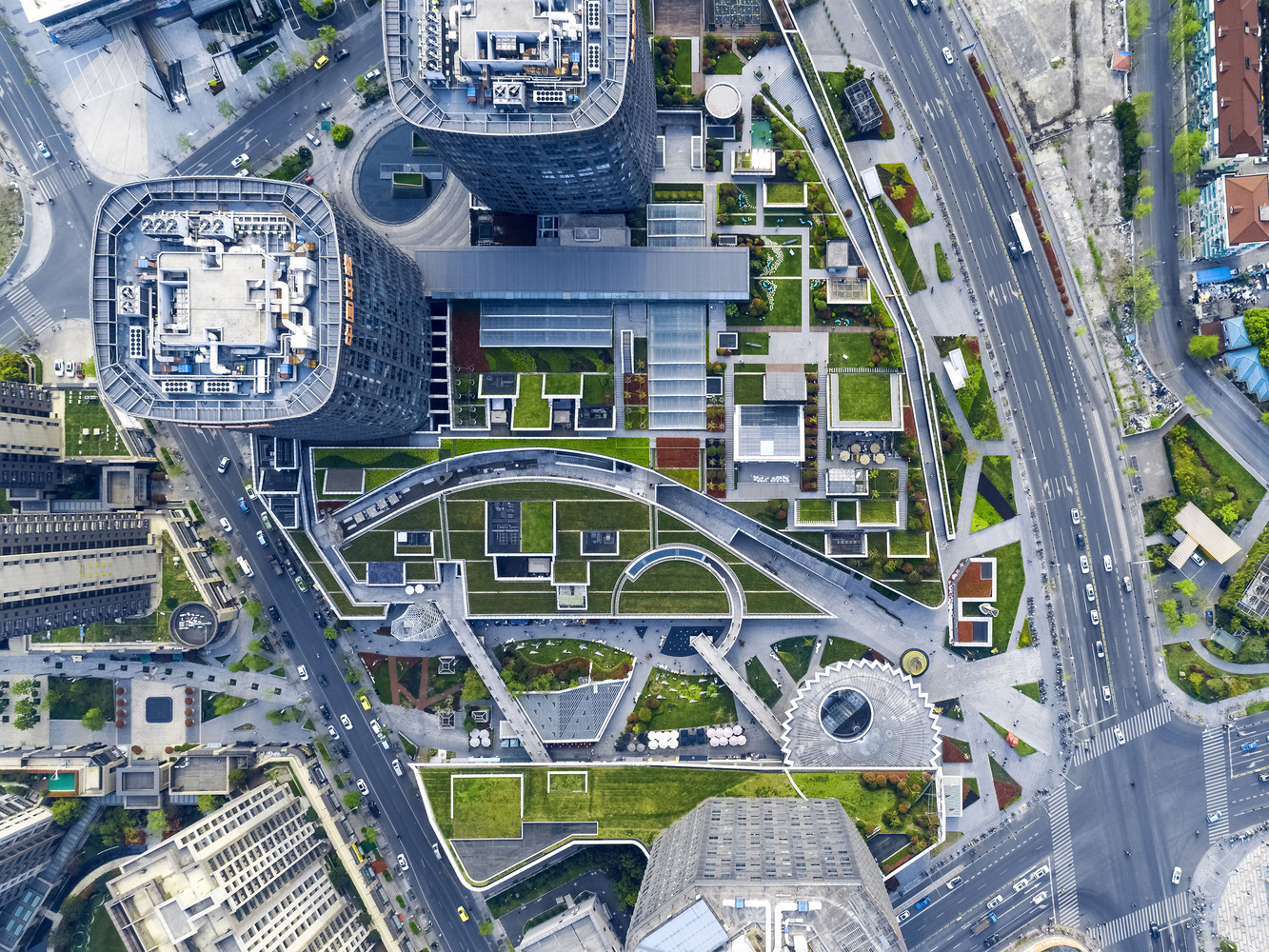