The NSW state government has proposed planting millions more trees as part of a plan that will significantly boost the amount of “green space” in the state.

As the state’s population is expected to grow by 2.2 million people by 2036 and more Sydneysiders than ever are living in apartments, thegovernment wants to make sure there are enough trees, parks and wetlands to keep residents health.

On Tuesday, Planning Minister Anthony Roberts announced the government’s “Greener Places” draft policy which views green spaces and plants not just as individual objects but as an important piece of state infrastructure. 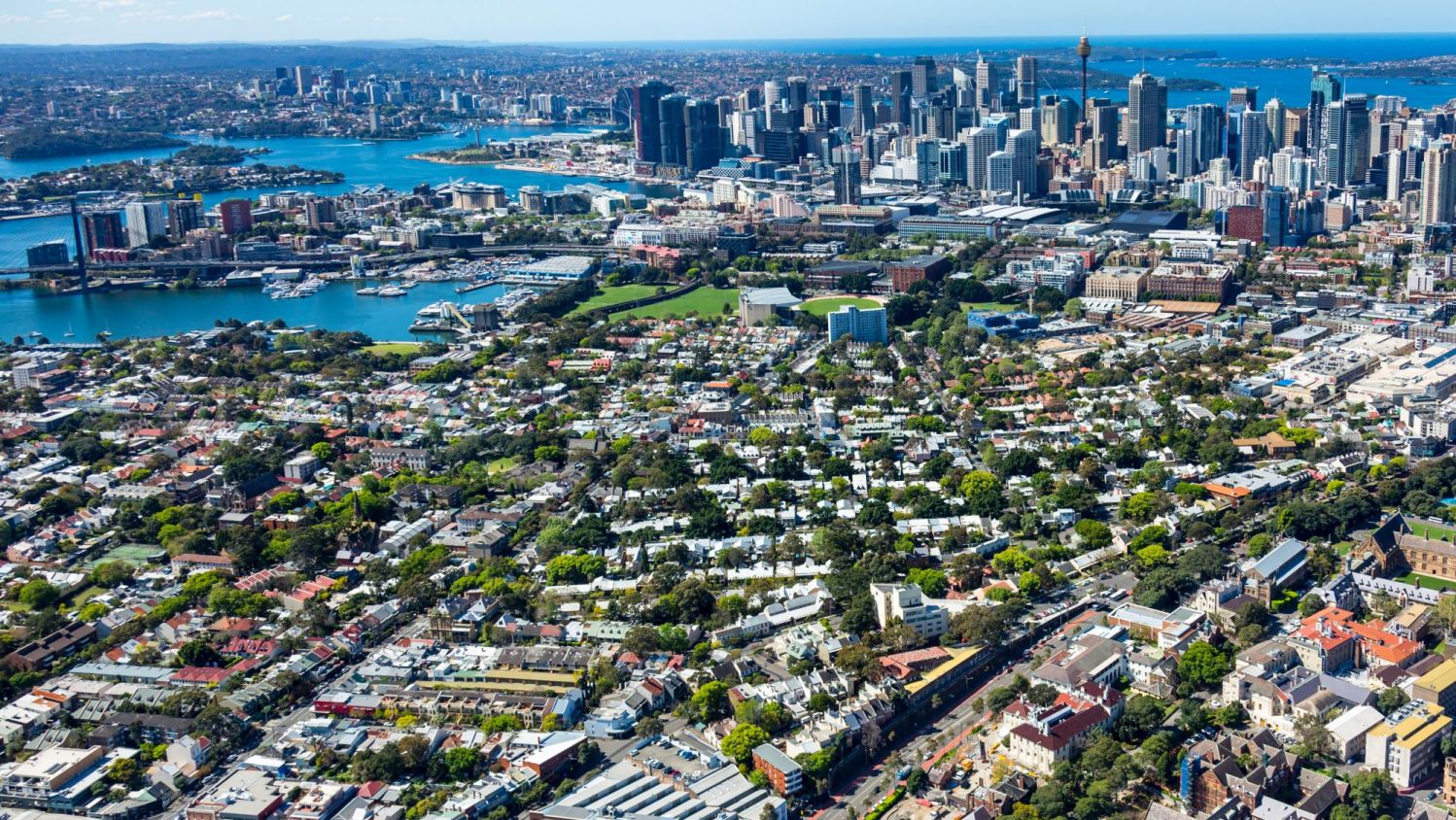 Sydney’s urban tree canopy of Sydney will be increased from approximately 16 per cent to 40 per cent under the policy. Photo: Mark Merton

Under the policy, the Office of Open Space and Parklands, led by Commissioner Fiona Morrison, will aim to increase the urban tree canopy of Sydney from approximately 16 per cent to 40 per cent.

An increase in trees and green infrastructure would help absorb flood water, cool the urban environment, clean the air, provide space for local food production and ensure the survival of fauna and flora.

“We need to think of Green Infrastructure as equally essential as roads, transport infrastructure, stormwater and drainage because of the many benefits it provides,” the report’s author NSW Government Architect, Peter Poulet, said. 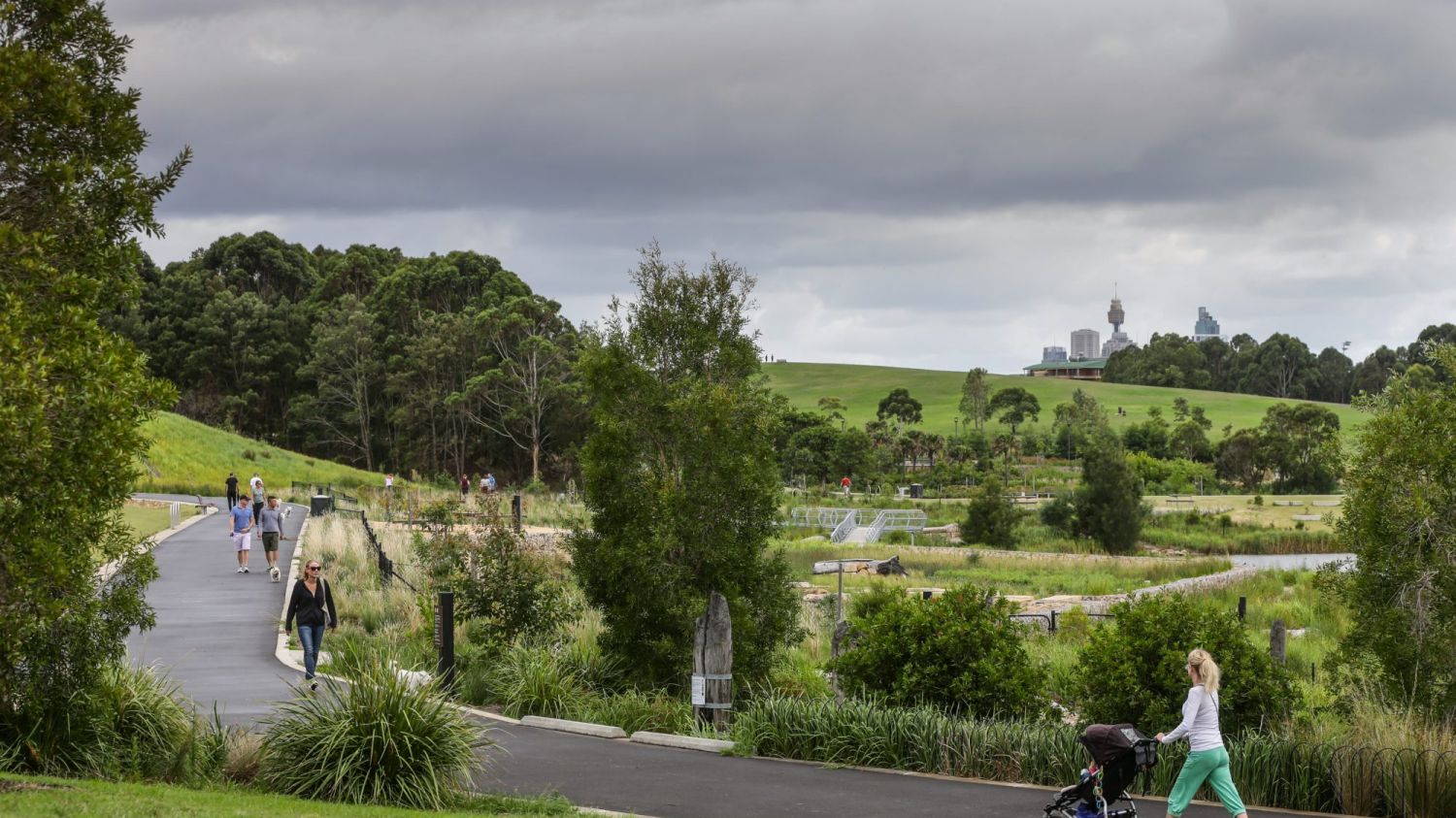 “We must make landscapes work harder, for many users and improve climate change resilience, through a multi-functional design approach,” he said.

“Tree canopy is one of the biggest factors in addressing heatwaves in our suburbs and reducing the urban heat island effect.”

“Through partnership with local government, developers, industry and the community, this program will see trees planted in our streets, parklands, and front and back yards.”

But the Department of Planning and Environment was vague on the details other than to say the plan would be achieved by “planting a variety of trees of different species and sizes, in the right places”.

The documents point to Sydney Park, built on a former landfill in the inner west suburb of St Peters, as an exemplar for multi-functional design and optimal use of green space and recycled water.

This is despite In 2015-2016 the state government acquired 14,000 square metres of Sydney Park for the Westconnex Road project, to the dismay of residents.

Labor’s Shadow Minister for Planning and Infrastructure, Michael Daley said that the government’s announcement was hypocritical given its “track record of destruction”.

“Over 700 trees have already been chain-sawed for the Sydney light rail and there are more to go along Dacey Avenue for the WestConnex because of the environmental vandalism of this government,” he said.

“Just this month, Labor sought to make one of the main objectives of the planning system the protection and enhancement of urban tree cover and the government used its numbers to block this in the Parliament.

“It is the height of hypocrisy for this government to claim to be interested in protecting our urban green-space.”

Costing for the project has not been announced but Mr Roberts said the NSW government, councils, community groups, Sydney Water and developers would work together to deliver the project.

The Greener Places initiative has been designed to work in conjunction with the government’s Green Grid plan to connect Sydney’s parks and open spaces into a “Green Grid” of walkways and cycle paths.

The community and stakeholders can now provide feedback on the draft policy until February 2, 2018 and a final policy will then be developed.