This Toronto skyscraper is covered with 450 trees 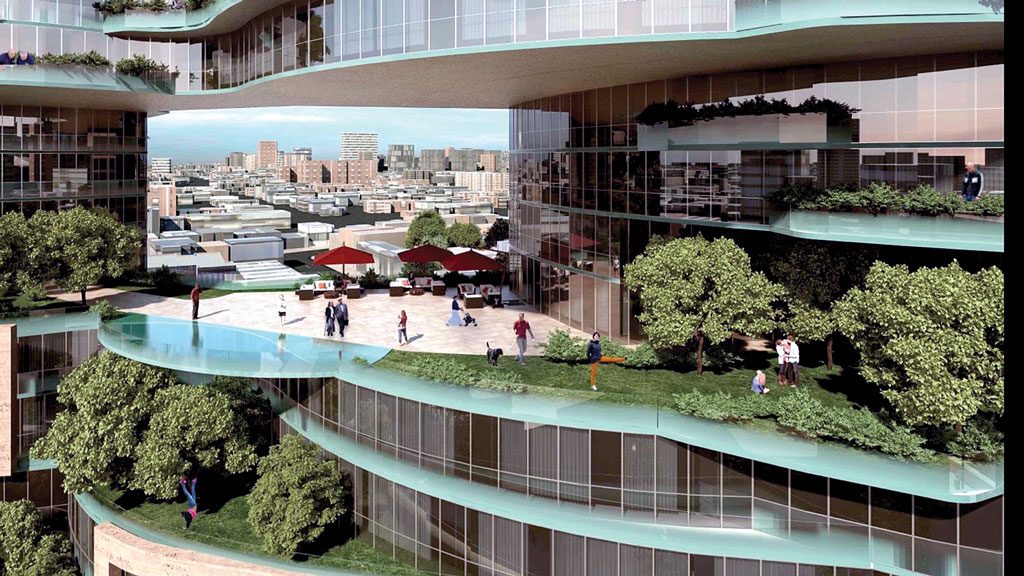 Toronto has long been serious about its urban canopy. The Ontario city is already home to around 10 million trees, which cover around 26% of the city. The current mayor, John Tory, wants to grow that to 40%.  Brisbin Brook Beynon, a local architecture firm, is already giving the city a leg up on that goal, albeit in an unconventional way: a 27-story residential building that will be covered with around 450 trees, growing on its balconies and roofs.

This “vertical forest,” as BBB terms it, takes inspiration from the Bosco Verticale–residential towers in Milan that went up in 2014 with as many as 11,000 plants lining the sides.

Since then, copycat buildings have been built in cities like Nanjing and in Taiwan–designed to combat pollution and prove that green space does not need to be limited to the ground. This latest iteration could open as early as later next year.For Brian Brisbin, principal at BBB, bringing the vertical forest concept to Toronto aligned perfectly with the mayor’s goals for increasing tree coverage. And when he began researching the concept by studying the Bosco Verticale, he realized that all of the technology that enabled the Milanese building to function originated in Canada and North America. “That felt fairly profound,” Brisbin says.

And it also, Brisbin says, made bringing the concept to Toronto feel much more feasible. “We have a lot of depth of specialty in this area in Toronto, with horticultural and agricultural universities and research facilities,” he says, “and we’ve brought a lot of together to take a very science-based approach to developing this project.” 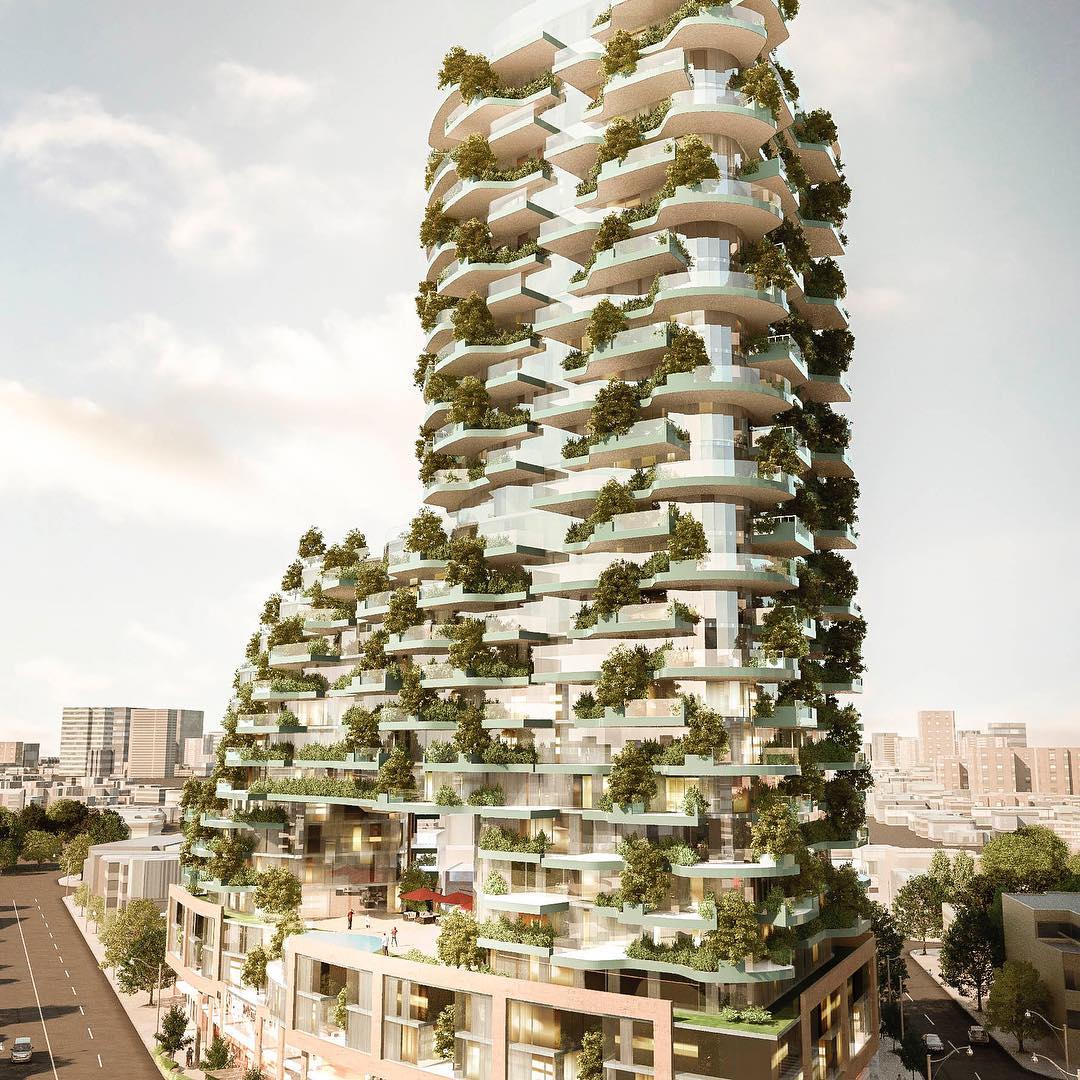 The team behind BBB’s vertical forest includes experts like Robert Wright, the dean of the faculty of forestry at University of Toronto, researchers from the Vineland Research and Innovation Centre, which researches the viability of tree species in urban areas, and Vanden Bussche Irrigation, which develops horticultural technology.

Together, the team has developed a specialized system to monitor and irrigate all 450 trees. Currently, the trees are growing offsite at a nursery managed by PAO Horticultural outside of the city. Planted in their own portable woven stainless steel planters, the trees–half conifers, half deciduous–will eventually be scattered evenly across the building’s exterior terrace surfaces. A monitored system integrated into the building will connect with all of the planters to track key metrics for each of the trees–amount of water, nutrient density, and external conditions like wind strength.

“We have this saying that there’s no management without metrics,” Wright says. Part of the strategy for the building is to hire a dedicated maintenance team, who will navigate throughout the many balconies, caring for the trees. Especially as Toronto faces extreme weather variability–dipping down as low as –22 degrees Fahrenheit in the winter and up to the 90s in the summer–having a team on hand to monitor the trees’ metrics and ensure their health will be key. This, Wright says, is a crucial task across the whole city of Toronto’s urban forestry efforts, but the height of the vertical forest compounds the urgency. “It’s one thing if a branch drops 20 feet to the ground, and quite another for one to drop 200 feet off a balcony,” he says.

While covering buildings in trees will not alone help cities like Toronto achieve their urban canopy goals, projects like these certainly deliver benefits to the surrounding area (though they also have some critics), like cleaner air and more space for birds and pollinator species, which will in turn assist more mainstream green infrastructure projects. Toronto, for instance, has made strides to increase the presence of green roofs of city buildings, and projects like the vertical forest could act, Brisbin says, “as a sustainable microclimate between these horizontal green spaces on roofs and on the ground” and direct pollinator species between the two.

Because projects like this are still new, the price tag for living in the building will be steep, Brisbin says. While final prices for the units are not yet set, as the vertical forest is still in the process of gaining approval from the city, tenants and buyers will have to pay a premium to fund the maintenance team that will keep the greenery alive and thriving. “And it involves a lot of science, data, and research to develop,” Brisbin says. The team is conscious of the fact that the high cost of living in the vertical forest perpetuates an unfortunate and longstanding urban divide: Areas where poorer residents live often lack good green infrastructure, whereas wealthier residents tend to live on tree-lined streets. “But what we’re hoping is that once we develop the system and the partnership with the farms that are growing the trees, all of that will be available directly to any other project, whether it be public housing or private development,” he adds.