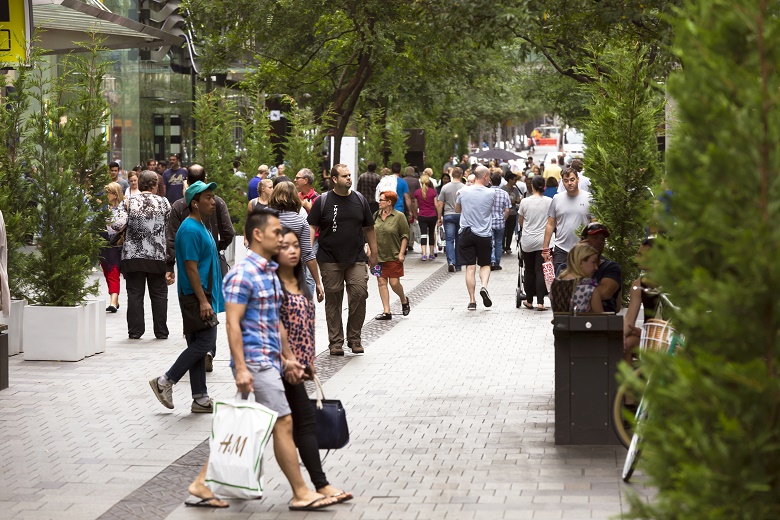 The Waitemata District Council in New Zealand and Sydney’s Northern Beaches Council might be seas apart but they have one thing in common – the decline of their urban tree canopy.

Dwindling urban forests is a challenge facing many local authorities. Greater Sydney Commission research last year showed that some of Sydney’s leafiest regions including Warringah, Hornsby and Willoughby have seen the highest percentage of loss in their tree canopy.

Waitemata, just north of Auckland city, has lost almost 13,000 trees between 2006 and 2016 predominantly as a result of private land ownership and high rates of development.

Auckland City Council launched an innovative program, ‘urban ngahere,’ meaning ‘network of trees’, to increase the amount of greenery in the city by up to 30 per cent.

The council’s chief sustainability officer, John Mauro, said that Auckland is one of many large cities across the globe under pressure to protect their natural environment as a result of overdevelopment.

“A healthy urban forest enriches our communities, our local economies and our natural environment. Auckland cannot become a world-class city without a great urban forest,” he said.

But population growth and overdevelopment aren’t the only factors threatening tree populations – climate change and invasive species are also contributing to the decline of Auckland’s trees.

“Some of the key challenges to our urban forest that we are monitoring include; population growth and urbanisation, ongoing issues with weed and pest control, diseases such as kauri dieback and myrtle rust and factors caused by climate change,” Mr Mauro said.

The urban forest program includes coordinating planting initiatives with members of the local community such as local boards, schools, farmers, developers and social groups to plant and maintain trees across the city.

These efforts are complimented by 18 actions identified under a threefold strategy: knowing data around tree loss, growing canopy and protecting existing trees from pests and other diseases.

Mayor Phil Goff partnered with the New Zealand Department of Corrections to launch a Million Trees project which has seen 750,000 trees planted, some 500,000 of which were done this year alone.

The partnership involved the Department of Corrections delivering a nursery space to plant thousands of trees and shrubs, as planting and maintenance from their inmates.

This partnership has been key to help council find the required scale to kick-start the project, Mr Goff said.

“The partnership with the Department of Corrections is crucial,” he said. “It gives us the scale required to meet the Million Trees target, and having Trees that Count on board will ensure we are accurately reporting what we deliver.”

The council is also targeting the protection of trees by providing an additional $311 million funding over the next decade to help maintain trees and greenery by preventing pests and disease.

Despite having one of the best tree cover in the Sydney Metropolitan area at more than 50 per cent, compared to many councils that have less than 20 per cent, a population boom has compelled the council to launch a draft Urban Tree Canopy Plan.

The local government says that the increased pressure on land usage experienced by the Northern Beaches is an issue for all Sydney councils – but one that council hopes to tackle.

The plan, which has been on public exhibition since late September, aims to mitigate the impacts of a growing population by planting at least 5,000 new trees annually and introducing an offset program involving planting two trees for every tree that is removed.

Over 100,000 new trees planted in council land, a tree register and tools to promote trees on private property are all components of council’s plan.

Northern Beaches Mayor Michael Regan said the plan will be underpinned by a focus on monitoring the tree population, and encouraging community support.

“The immediate focus will be on collating accurate baseline data to allow us to monitor the actions of the plan and ultimately measure how successful we are in protecting and maintaining a healthy and diverse canopy cover,” he said.

“Engaging our community in protecting and enhancing our urban trees will also be a critical factor in achieving the objectives of the Urban Tree Canopy Plan.”