In June 2014, EcoDistricts completed an 18-month process of researching, designing and procuring its next generation pilot projects that would help advise and test a new model for urban regeneration.

The program, launched as a Clinton Global Initiative Commitment, is a fresh approach to building capacity, governance, and leadership in the area of urban redevelopment.

We're now six months into the program, and many valuable observations are emerging. Above all, urban governance, leadership, collaboration and decision-making have surfaced as core issues that can help or hinder successful redevelopment outcomes.

This has prompted the emergence of a new Civic-Public-Private Partnership (CP3) model.

Citizen-Centered Bureaucracy and the Death of the Public-Private Partnership

The scope of this debate stretches well beyond this article, but could it be the public-private partnership (PPP) is dying a slow death thanks to the emergence of more citizen-centered bureaucracy?

Don’t get me wrong, as a tool to fund and operate projects, the public-private partnership can work, and with great success, I must say. As a Brisbane boy, I come from the land of the PPP’s – tunnels, roads, bridges, colleges, and - of course - more tunnels.

I like where Sandy Apgar and Tony Canzoneri take the discussion in their P3 Manifesto for the Urban Land Institute in 2012:

“We acknowledge our bias to favour PPPs, which is built on three personal beliefs: that business is the main engine for growth and wealth creation in a market economy; that government has an essential role in ensuring legitimacy, individual opportunity, and fairness; and that the partnerships are potent vehicles for bringing the best of both sectors — public and private — to bear on the most challenging problems. While PPPs are designed to provide private capital for public projects, their most important contributions often lie in the ingenuity and entrepreneurship of the private partners.”

It is this last feature of the PPP approach described above – that “…most important contributions often lie in the ingenuity and entrepreneurship…” – that the CP3 model takes to a new level, with civic stakeholders at the centre.

It is here that citizen-centered bureaucracy must emerge as a model of public management reform to allow civic stakeholders to be at the table by removing typical bureaucratic barriers - low capacity, organisational centralisation, service monopolies, social insulation, and lack of successful implementation. There are signs of advancement emerging through Gov 2.0 programs, participatory budgeting, citizen-led neighbourhood planning, local improvement districts and civic-led backbone organisations fulfilling the roles traditionally held by local government.

With the citizenry front-and-centre in our chase for more just, resilient and sustainable cities, our project delivery models need some refinement. 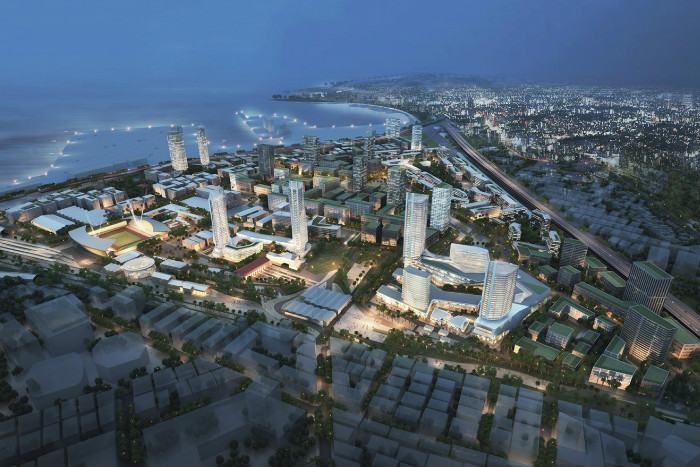 Why Precinct Pilot Projects are Paramount

The CP3 model in of itself may not be the entire solution for some projects, but rather one that promotes a more collaborative approach to implementing strategies that can help solve pressing problems in urban regeneration – housing affordability, equity, climate change, and resource efficiency.

Apgar and Canzoneri pointed out that the ingenuity and entrepreneurship from the private sector becomes one of the most valuable contributions in the PPP model. Opening this model to include deep collaboration with non-profit and citizen-led organisations and stakeholders must now become a priority.

As I have written previously, collaborative governance is an underpinning framework that can create the conditions for the collaborative decision-making, financing, and delivery of solutions that are so desperately needed. This must therefore become a centrepiece if the CP3 model is to be effective.

We maintain strongly at EcoDistricts that these challenges – our most wicked social, economic and environmental problems – are best tackled at the district and neighbourhood scale. It is a scale small enough to enable rapid deployment and experimentation of innovation, yet large enough to have a meaningful impact. At a scale that supports meaningful piloting, precinct projects become the catalyst for replication across the city. And this is where our application, testing, and refinement of the CP3 model must play out.

Many of our urban regeneration challenges involve a diversity of stakeholders, competing forces, entrenched mindsets, institutional agendas, and business-as-usual interests that will often work against positive change. Making progress will be messy and failure is guaranteed at times. The steps we take, both forward and back, need to be within context, and with a common goal of implementation. We will neither learn, nor improve, unless we implement, evaluate and exchange through the use of pilot projects.

Original article can be found on Sourceable.net