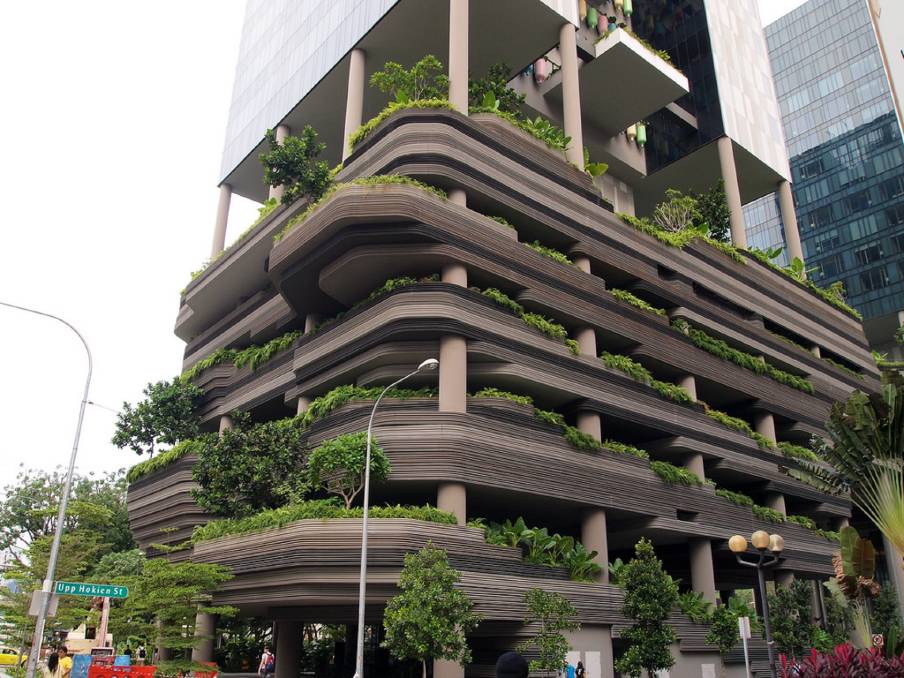 If you’re going to build something like a car park, why not make it beautiful?

This is the philosophy of Maitland’s Bob Dennerley, a craftsman with a passion for creativity and design.

Bob is urging the Hunter’s city planners and politicians to push for vertical gardens on multi-level car parks.

What Bob is trying to say, is that car parks are ugly. Hideous, even.

And who would disagree?

Many [or all] of them are concrete monstrosities often frequented by understandably moody commuters, struggling to get to work on time or desperate to get home.

They could, for example, change the thoughts of commuters to “I can’t wait to go to work to see that beautiful car park”.

Car parks with vertical gardens could also attract more visitors and tourists to towns, he reckons.

“Vertical gardens are a relatively new concept around the world. They’re a way of softening the edges to car parks and the harshness of a lot of contemporary architecture.”

“I see the urban environment as an extension of the natural environment,” he said.

He wants to see “harmonious streetscapes” in the region’s town centres.

Bob was recently reading a book that touched on the subject of “our sorry cities”.

“It’s so true. There are so many bad designs,” he said.

“When commercialism runs rampant and developers are only there for how much money they can get out of the deal, what do you expect?”

Bob is interested in the effects of architecture and the urban environment on the “mental health of our community and society”.

“Aesthetics often go out the window when it comes to architecture,” he said, adding that there were exceptions.

“Good urban design and gardens have a profound effect on the human psyche on a subliminal level, on a moment-by-moment basis.

“They have an incredible effect on how you feel about yourself and where you live.”

Bob gave the example of Maitland, which he said was “progressing at a rate of knots”.

He works in Maitland’s town centre at his business, Dennerley Leather Designs. The town needs a multi-level car park.

“If you’re going to build one, why not build it in a way that people come to Maitland and go ‘wow, look at this’?”

He reckons a car park with a vertical garden would have social and economic benefits. That is, people will feel better about the town and spend more money in the area.