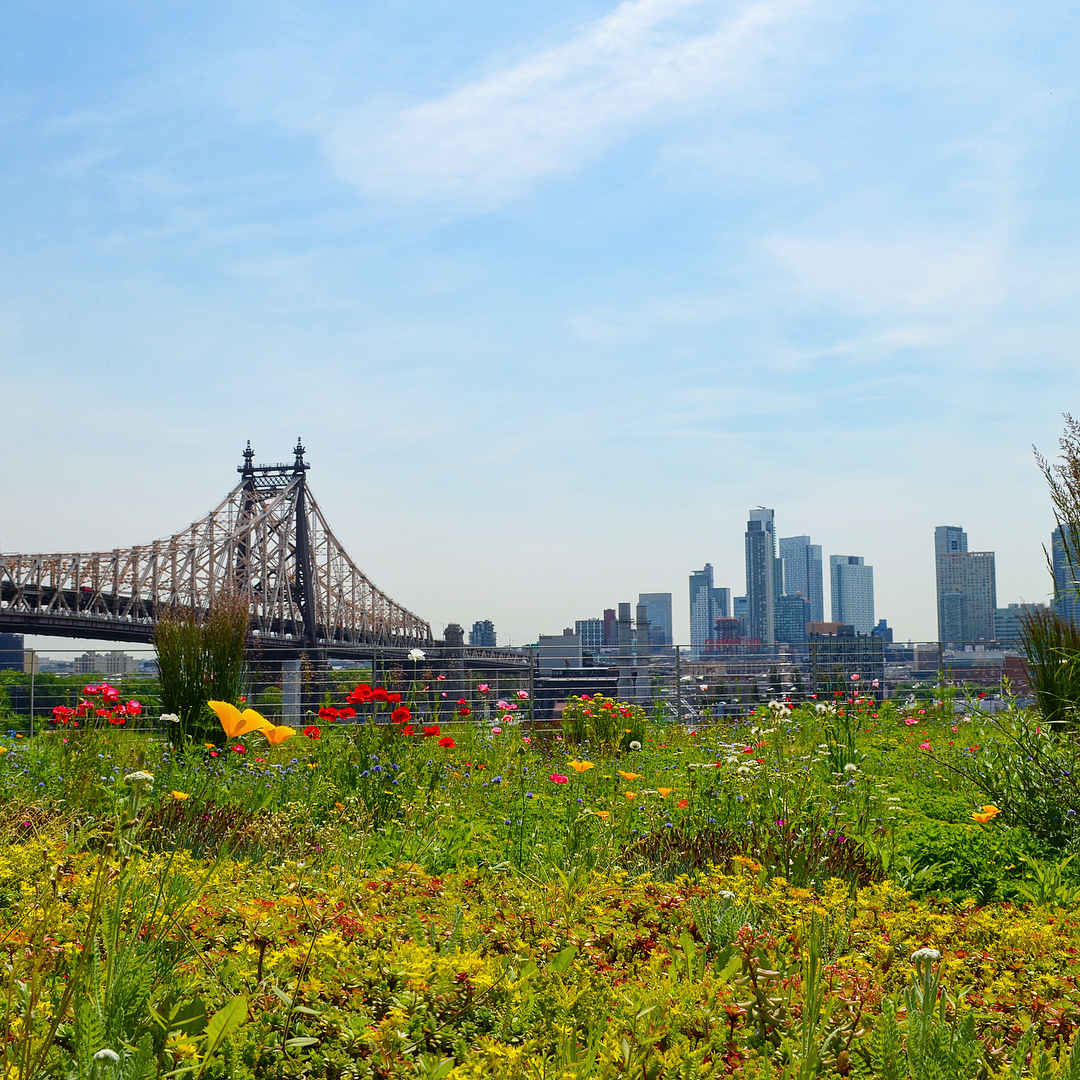 Yes, there is such a thing as a free green roof. Though too few people are aware of it, New York City offers substantial grants to motivate building owners to install green roofs. Co-ops and condos could get up to 100 percent financing because the soil on the roof acts like a sponge and absorbs storm water. The city’s sewer system is antiquated and overmatched, and a sudden influx of storm runoff can cause backups that lead to the discharge of raw sewage and other pollutants directly into the city’s waterways. That’s reason enough for the city to finance water-absorbing green roofs on private buildings.

“The problem is that the applications for these grants are very complicated,” says Alan Burchell, principal of Urbanstrong, a Brooklyn-based company that specializes in green roofs and living walls. “Usually we will do the grant application for our clients to ensure success.” Funding for green roofs is determined by the size of the green roof area (GRA) and soil depth. Projects below the minimum criteria – 1.5 inches of soil depth and 3,500 square feet – are not eligible for grant funding.

“When a client is interested in a green roof, the first thing we do is a feasibility study to determine how much weight the roof can bear,” says Burchell. “Often certain areas can bear more weight than others, and we will plan for a combination of different plants and soil depths. Then we calculate the cost and put in the grant application.”

Sometimes the desire for a green roof doesn’t pan out. A 109-unit residential co-op in northern Manhattan was considering a roof replacement with a green roof on their three buildings and garage. When they did their feasibility study, though, they realized the wood-framed roofs could not handle the load. “The roof just wasn’t strong enough,” says property manager Justin Verret of Blue Woods Management Group. “We could cover the garage, but we would have had to build up the roof on the residential portion. [It] wouldn’t have qualified for any grants or incentives because we could not cover enough of the roof area.”

Without a grant, a green roof could be prohibitively expensive. Many factors will influence the price, including depth of soil, the size, species and maturity of plants, roof access, timeline, location and accessories. “A simple green roof could be as low as $10 per square foot,” says Burchell. “At the other end of the spectrum it could cost $110 per square foot. The average of a New York City 5,000 square-foot roof area will probably cost between $19 and $45 per square foot. That would be a mix of simple ‘extensive’ green roofing and select areas of ‘intensive’ – deeper, more complex and beautiful – green roofing.”

“Intensive” green roofs can be used for recreation or urban farming. “Extensive” green roofs are mostly for aesthetics and storm water management; they consist of smallish, attractive flowering plants called sedum, and they require less maintenance.

“Green roofs also increase the property value,” says Signe Nielsen of Mathews Nielsen Landscape Architects. “A building will get the prestigious LEED points, which are like Michelin stars for a restaurant and identify a building as a futuristic and desirable green building.”

According to Burchell, there are additional benefits. For instance, a green roof will increase the lifespan of the roof membrane by as much as 60 years. “A further money-saving feature is the improvement in roof insulation,” he adds. “It could reduce cooling costs up to 80 percent on the upper floors. Not to mention the cleaner air.”

Researching the feasibility of a green roof is more than a financially smart move.  The concept of bringing nature to the city goes back to the Hanging Gardens of Babylon around 500 B.C. Green roofs are no longer just for hobbits. Co-ops and condos can bring the green to New York City.