Is Biophilic Design What’s Missing in Your Office Project? 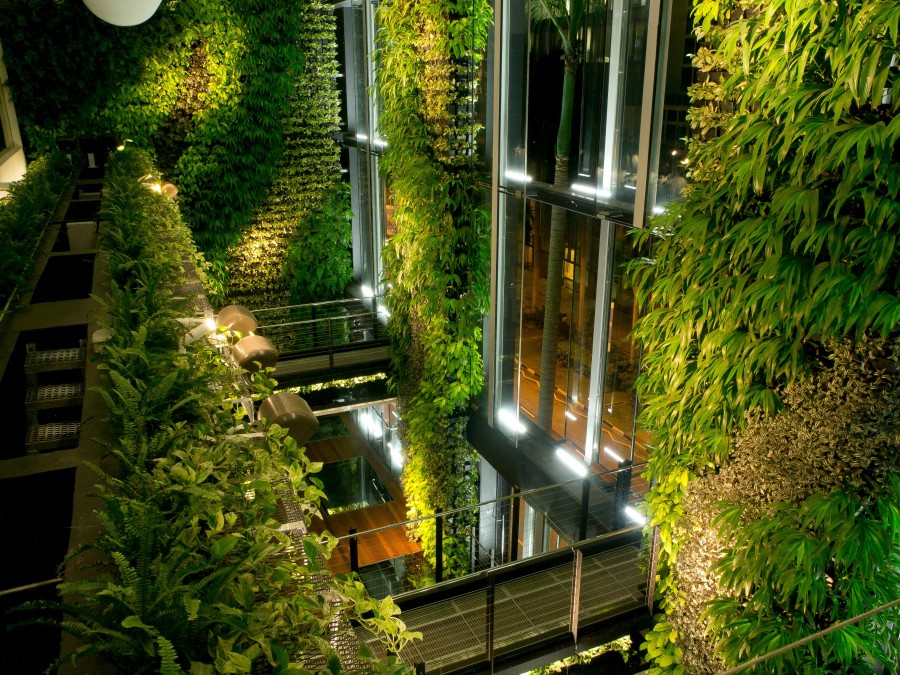 In order to increase our happiness and productivity at work, architects, interior designers, and space planners are increasingly turning to designs inspired by nature — as part of an emerging design philosophy called biophilic architecture.

In today's fast-paced, highly productive (and in many cases, highly stressed!) work environments, many of us like to personalize our working spaces with a natural element or two, such as a leafy green potted plant, or maybe even a miniature bubbling desktop water fountain that produces relaxing sounds that remind us of being outdoors, surrounded by nature.

But do these seemingly little things have an effect on our outlook and well-being?

If you ask retail space designers and merchandisers, the answer is a definite yes. For many years, savvy retailers have incorporated numerous "tricks of the trade" to subtly influence our mood when shopping. Today's retail environments have progressed far beyond yesterday's ubiquitous Muzak. They now incorporate realistic natural elements, ranging from signature aromas (shopping aromatherapy anyone?) to enhanced HVAC technology that randomly alters the temperature slightly, accompanied by naturalistic "gusts" of fresh air — all designed to encourage us to be happy and, most importantly, to shop.

Of course, there's a long history of nature inspiring design. In fact, you might ask yourself, what could be new about design being inspired by nature or vice versa? For example, if we look back thousands of years to the classical order of Greek columns, it is thought the fluted columns took their original inspiration from wheat harvests bound together in sheafs. (This figurative representation of real-world physical objects is known as skeuomorphism, an approach that has given us both virtual buttons and sliders on the UI of an iPhone as well as ersatz, vinyl wood-grain sided station wagons in the 1970s.) Product designers and engineers often look to nature for inspiration, for example, the study of gecko toes and chameleon tongues has influenced the development of non-stick adhesives — a design approach known as bio-mimicry.

But what we're talking about today is neither skeuomorphism nor bio-mimicry, but a concept known as biophilia, first written about by the German philosopher Erich Fromm in the middle of the twentieth century. Fromm postulated that humans have an innate interdependence with nature — a concept he termed biophilia — that's intertwined by eight basic human needs:

In his 1984 book Biophilia, American biologist and author Edward O. Wilson, popularized the theory of biophilia as the "love of life or living systems" and promoted the idea that we as humans are part of nature and therefore need to have nature surrounding us in order to be happy and productive.

Since that time, the biophilia philosophy has inspired a new generation of architects, interior designers, and space planners to develop a new design movement — Biophilic architecture — that incorporates prominent natural elements directly into the visual (and sensual) language of modern interior and exterior designs.

Click here to read the remainder of this article.