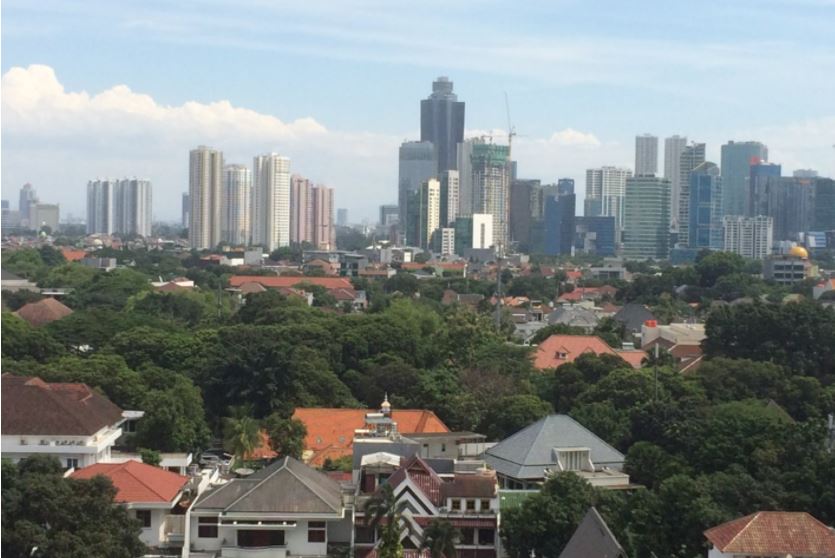 Climate Change and biodiversity loss and pollution are just some of the issues facing the world’s rapidly growing cities as urban populations swell.

Now, with 70 per cent of carbon dioxide emissions emanating from cities, a new initiative promoting integrated approaches to urban development aims to reduce their ecological footprint. And pioneers of the project hope to see it adopted by cities worldwide.

l'Urbanshift' ed by the United Nations Environment Programme (UNEP), will support 23 cities to develop a range of strategies, such as green infrastructure, low-carbon transport systems and schemes to reduce or recycle waste. The initiative is being run in partnership with the Global Environment Facility (GEF), World Resources Institute (WRI), World Bank, Asian Development Bank, C40 Cities and others.

The programme is being rolled out in Argentina, Brazil, China, Costa Rica, India, Indonesia, Morocco, Rwanda and Sierra Leone, with the hope that it will create conversations about sustainable cities across the world.

“The noise around what these cities are accomplishing can very much lead to other cities adopting it on their own — and that’s obviously what we want, shifting that

global discourse and actions towards a more sustainable future,” said Inger Andersen, executive director at UNEP, speaking at an event to launch UrbanShift in Febuary.

“We will advocate for sustainable investments to ensure that the cities we build in the future […] are aligned not only with key sustainable infrastructure, but also with critical investments in nature-based solutions and ecosystem restoration.”

The proportion of people living in urban areas worldwide is predicted to increase from 55 per cent in 2018 to 68 per cent by 2050, according to UN figures, with close to 90 per cent of the growth forecast to occur in Asia and Africa.

Speaking at the launch event, Carlos Manuel Rodríguez, chief executive and chair of the GEF, said rapid rural to urban migration in recent years meant environmental policies had often not been geared towards sustainability in cities. “In just a matter of a decade and a half, many of the countries in the global South have gone from these rural-based economies into an urban life,” he said.

As a city leader now, it is necessary to solve multiple problems at the same time, said Aniruddha Dasgupta, president and chief executive of WRI — for example, creating jobs in the wake of the pandemic while also protecting nature and decarbonising practices.

Among its aims, UrbanShift will seek to avoid more than 130 million tonnes of greenhouse gas emissions and restore 1 million hectares of land, while impacting the lives of over 58 million people in the target cities.

Speaking to SciDev.Net, Tobias Kühner, an international consultant and researcher in urban planning at the University of Brasilia in Brazil, said UrbanShift recognised the need to solve the challenges facing cities. However, he questioned whether it seemed different enough to previous initiatives to have a much broader impact.

“Most [urban initiatives] are developed in the global North, which I think is a big disadvantage,” said Kühner. It would be interesting, he said, to see initiatives driven by South-South collaborations and in smaller-sized cities that often get less attention.

Sheela Patel, founder and director of the India-based Society for the Promotion of Area Resource Centers, raised concerns that informal settlements were cited in UrbanShift’s brochure as a specific focus area in only one country — Rwanda — and often remain outside the focus of investments. “All these organisations champion adaptation and resilience-building, but a social justice lens is not obvious as a critical central element of this process,” she added.

The brochure does, however, highlight that 25 per cent of city dwellers live in informal settlements, most of whom are women.

Luan Santos, a professor and researcher in sustainable finance and investment at the Federal University of Rio de Janeiro, believes the project could be helpful in stimulating dialogue and resources for dealing with environmental impacts. “The environmental and climate agenda in Brazil has not been prioritised in the current government, which is why the issue of financing becomes even more critical,” he said.