For the first time, private groups - such as neighbours - will be eligible for matching grants of up to $10,000 each to offset the time and work involved in planting shade trees. 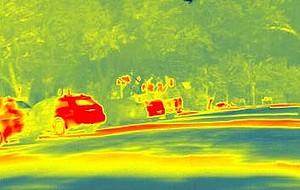 The council will also plant trees in public areas and roadways, including median strips and car parks, diversify the type and age of trees, and identify the most significant in a register.

Using heat maps to survey surface temperatures, researchers in Melbourne found these hard surfaces in cities create heat islands, which can be particularly dangerous to children and the elderly during heatwaves. 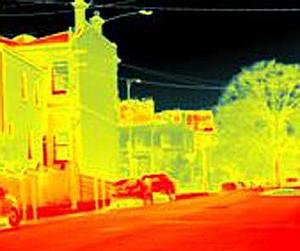 Dr Andy Coutts from Monash University, who is also part of the CRC for Water Sensitive Cities, said a heat map of Melbourne during a February heatwave found irrigated grassy areas were 5 to 8 degrees cooler than concreted areas. The surface areas under tree canopies were the coolest, about 7 to 9 degrees cooler on average, he said.

"Trees are nature's air conditioners," Dr Coutts said. "It does cost money to maintain the urban forest, but the benefits provided by trees like urban cooling, energy savings, and stormwater runoff help justify the investment in urban greening programs."

Sydney will also publicise the benefits of more trees. While many people loved them, others worried trees created mess, caused damage, and took up time and space.

"Many people, if they have a choice between a tree and an off-street car park, they'll take the car park," Ms Sweeney said.

Attitudes are changing. Residents of Prospect Street, a narrow street in Surry Hills, agreed to give up three parking spots to provide the space to plant four mature callery pear trees. Only two out of 15 submissions opposed the decision.

For more go to:- http://www.smh.com.au/environment/conservation/shady-deal-for-neighbourh...